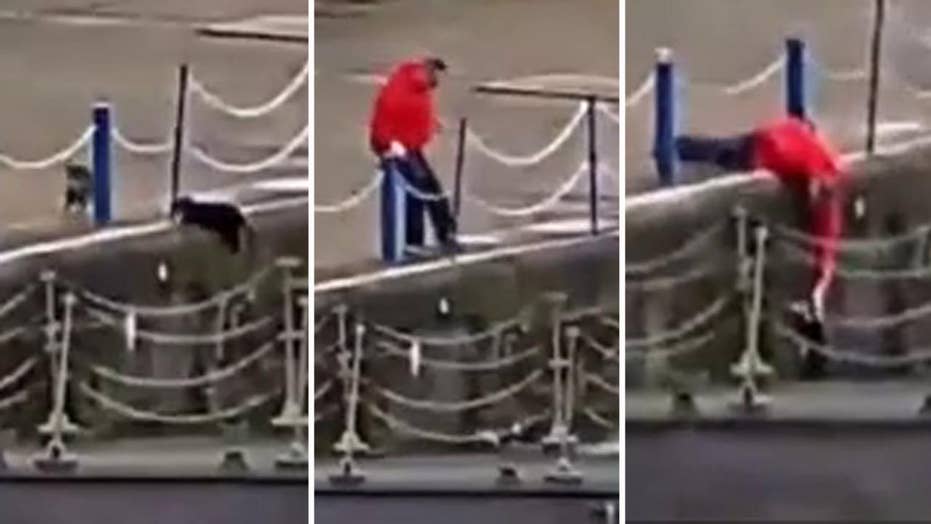 A good Samaritan rescued a cat that fell into London’s River Thames after a scuffle with another feline.

Surveillance video from London’s Royal Docks showed a cat named Felix being chased and then tumbling into the river. Felix is the Royal Docks Management Authority's official office cat, according to metro.co.uk.

SCOTTISH SURFER FOUND CLINGING TO BOARD AFTER 32 HOURS AT SEA

A man in a red jacket came to the rescue, setting down his belongings and scooping the helpless cat from the water.

After the dramatic rescue, the two parted ways.

"We can happily report that Felix suffered no injury or trauma," the Royal Docks Management Authority said in a statement.