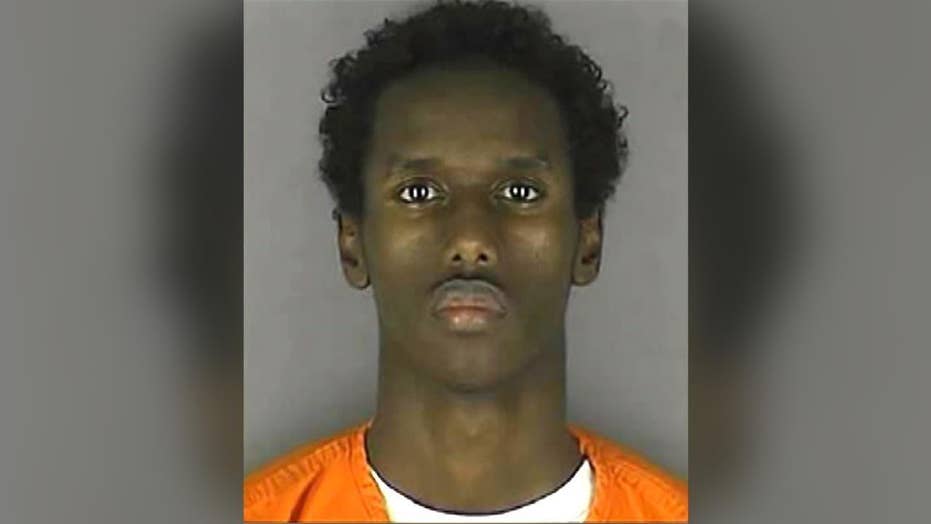 ISIS suspect reveals plan to enter US through Mexico

American accused of trying to join ISIS tells prosecutors he wanted to open up routes from Syria to the U.S. through Mexico for terror attacks. Former AZ governor Jan Brewer goes 'On the Record' to sound off

It's a horrifying story almost too good to be true.

A jailed 28-year-old hottie sends an anonymous blog her sordid history in Mexico's notorious Zetas drug cartel, confessing to having drunk the blood of her victims and having had sex with their decapitated bodies.

International media outlets like the Daily Mail seized on the story, running selfies of a young woman in a blue shirt or behind the wheel of a car, without actually publishing the woman's real name, identifying her only as Juana and by her cartel nickname, "La Peque Sicaria" ("The Little Killer").

But the details, lurid as they may be, are hard to pin down, and some Mexican media outlets are casting doubt on the story's authenticity.

On July 4, El Blog del Narco – a Spanish-language website about Mexico's drug cartels that is published anonymously – posted an account allegedly written by a woman imprisoned "at a border jail" who claimed to have been a member of the notorious Zetas cartel since she was a teen.

Juana's account is an alarming confession that during her time with the drug cartel she had sex with the decapitated bodies of executed victims and even drank their blood.

The 28-year-old from Hidalgo, Mexico, asserts she became a drug addict and alcoholic as a child, and after having a baby at 15 by a 35-year-old man, she turned to a life of prostitution and violent crime.

The Mexican beauty wrote that she worked as a “halcón,” or lookout, for the cartel, keeping an eye out for police and army patrols. She said the gang would punish her for mistakes by tying her up and holding her captive for weeks at a time.

It was during this period, she stated, that she saw the outrageous violence that would ultimately change her life – offering an incident for example of witnessing a man’s head crushed with a steel mallet ordinarily used to break concrete.

La Peque said she went from being sympathetic to the victims to becoming sexually excited by the sight of blood, rubbing it on herself and bathing in it after killing a victim.

“I even drank it when it was still warm,” she wrote.