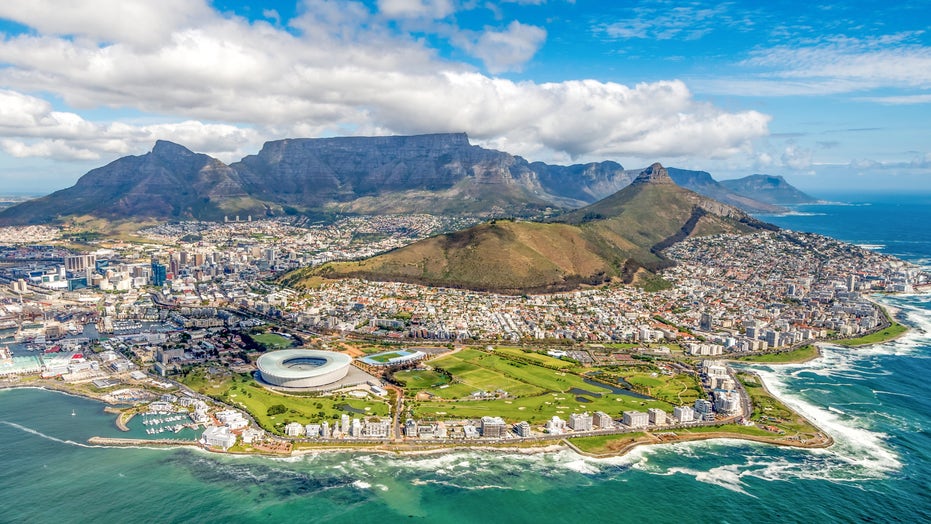 CAPE TOWN - When most Americans think of Cape Town, South Africa, they probably think of it as a mecca for tourists – the beaches,  Table Mountain, and the winelands.

But there’s a side to the city that is becoming more of a frightening reality – murder, much of it gang-related.

“Going to a shop is life-threatening, traveling in a taxi is life-threatening,”  Elsies River Community Policing Forum Chair Imraahn Mukaddam told Fox News. “We are living in a war zone. A lot of violence here is orchestrated by a third force – the street gangs, who want to make the Western Cape almost ungovernable.”

The violence is not in Cape Town’s tourist areas. But in the neighborhoods of crowded apartment blocks and low-income housing near the Cape Town International Airport, known as the Cape Flats.

When most Americans think of Cape Town, they probably think of it as a mecca for tourists – the beaches,  Table Mountain, and the winelands. (istock)

There have been some 1,600 murders in this area since the beginning of the year, 900 of them believed to be gang-related. These include 55 unnatural deaths just this past weekend, including 6 young women shot dead, allegedly execution-style, in one house last Friday night in Philippi East. 5 young men shot dead nearby the next day.

SOUTH AFRICAN WOMAN REUNITED WITH SON SIX YEARS AFTER HE DISAPPEARED AND WAS TRACKED DOWN 1,000 MILES AWAY

“We have a crisis on our hands. Our problem is essentially around gang violence”, JP Smith,  Cape Town’s Mayoral Committee Member for Safety and Security, told Fox News. “Prison gangs run street gangs from prison cells.”

Mukaddam claims the gang warfare helps facilitate their trade in illegal drugs. He adds the gangsters are operating in a very similar manner to those involved in the drug trade in Mexico.

Smith, while admitting the growth in murders here is "stratospheric", dismissed local media speculation that if the killings continue at the present rate,  the city could become known as the most dangerous place in the world by year-end.  Smith believes the City is doing all it can to bring the number of murders down, adding that reliable data is not published about several other countries, including some in Africa. Actual war zones such as Syria also do not contribute to the statistics.

Professor Lorna Martin, head of forensic pathology for the Western Cape, said there are so many bodies coming in, that at one mortuary, corpses are being stored in refrigerated shipping containers.

A new three-story mortuary due to be complete at the end of the year that’s more than double the size of the facility it’s replacing is already not big enough. On a media tour of the still incomplete building, Professor Martin told reporters: “With the increase that we’ve now had lately, I don’t think we’ll cope.”

Mukaddam claims many police are terrified to enter the gangsters’ lairs, adding that a local police sergeant who stood up to them was taken out just two weeks ago. He’s joined Provincial officials in calling for the South African army to be deployed, to escort ambulances and fire engines into the troubled areas.

After initially refusing to send in troops, national police minister Bheki Cele Thursday finally yielded to the demands and made a sudden U-turn, announcing he is sending troops into affected areas. But the details of where and when were not immediately clear.