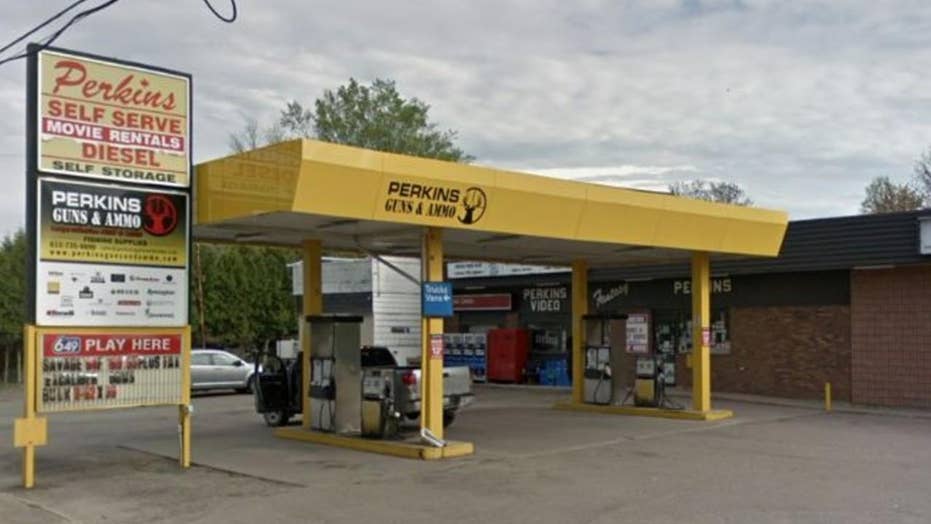 Lance Perkins, owner of Perkins Guns and Ammo in Ontario, outraged customers when he changed the name of his 'Black Friday' sale to 'White Friday.' The store owner credited Prime Minister Justin Trudeau's past use of blackface for the move. Trudeau garnered criticism after 2001 photos of him in black blackface surfaced.

The owner of a gun store in Canada changed the name of his "Black Friday" sale to "White Friday" — and credited Prime Minister Justin Trudeau's past use of blackface for the move.

Lance Perkins, owner of Perkins Guns and Ammo in Pembroke, Ontario, altered the name on Nov. 14. The sale sign outside his shop read: "Gun deals, all you people, come on in, White Friday sale."

“I don’t know why people got upset," Perkins told CTV Ottawa. "My ‘White Friday’ sale in regards to selling guns or crossbows or anything in the store, had nothing to do with color, it’s just a sale. We’re allowed to have sales in Canada."

Perkins ultimately changed the sign a few days later. He said he did receive complaints about it, but that's not the reason he changed it, claiming he often changes it every couple of days.

"Black Friday" is the popular shopping day held the day after American Thanksgiving, during which retailers host big sales as consumers head into the holiday season. The title dates back to Philadelphia in the 1960s, when police officers used the term to "describe the chaos that ensued" with car and foot traffic as people shopped for the holidays and descended upon the city ahead of the Army-Navy football game, held the Saturday after Turkey Day, according to History.com.

But the term didn’t sit well with local retailers, who tried, unsuccessfully, to change the term to "Big Friday" to try to "remove any negative connotations." Eventually, The New York Times explains, "retailers managed to spin a new connotation: The day the books went from red ink to black," thanks to all of the post-Thanksgiving Day sales.

Perkins insisted he changed the words because of Trudeau, who was embroiled in a political scandal in September after multiple photos of him dressed in blackface surfaced.

“This year I don’t really know why people got offended by the use of the word ‘white.' I couldn’t use the word ‘black’ because of Trudeau using blackface," he said. "All you see in the newspaper is Black Fridays, Black Fridays, and you know what, I said we’re not American, let’s go with a different shade, a different color."

He added, “I picked white because it resembles white snow, it resembles Christmas. Why not go with something brighter than black?"

In reference to the line of his sign that read "you people" – a "divisive" phrase that ultimately got legendary Canadian sportscaster Don Cherry fired after he used it in an apparent reference to immigrants – he said he thinks Cherry represents the Great White North well.

“I believe the man is a great Canadian, he did not pick out anybody in regards to race," Perkins told CTV.  “But he wasn’t racist. He just said what was on his mind."

It's not clear when Perkins' "White Friday" sale starts or ends, but he said he "wouldn’t call it a joke, it’s still a sale. It’s just a sale."