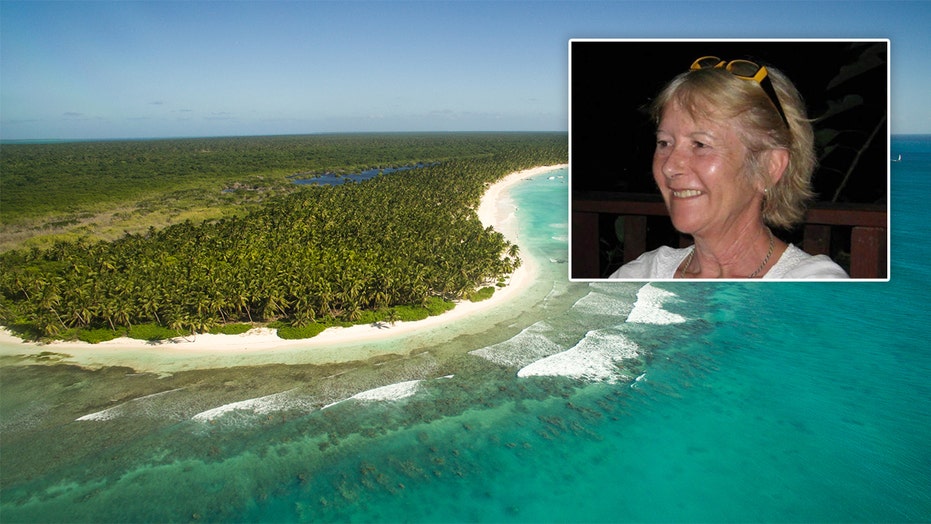 A best-selling British author has become the latest victim of deadly violence in the Dominican Republic, according to reports.

Lindsay de Feliz, 64, best known for two memoirs about living as an expatriate in the Caribbean, was found dead Thursday in a shallow grave in a wooded area near her residence, her body wrapped in a sheet and plastic bags and showing signs of strangulation, The Independent reported, citing information reported by Hoy, a local news site.

Her 50-year-old husband, 29-year-old stepson and a third man, age 37, have all been arrested in connection with the death, authorities said. There was no immediate information about a motive.

“We are in close contact with the police in the Dominican Republic following the death of a British woman in Mao,” a spokesperson for the U.K. Foreign Office told The Independent

De Feliz was born in the United Kingdom and attended Wolverhampton University and Bradford University, the news outlet reported. Her best-known books were titled, “What About Your Saucepans?” and Life After My Saucepans.”

In one of the books, de Feliz describes having been shot in her throat during a botched robbery attempt, the report said.

She had moved to the Dominican Republic to pursue a passion for scuba diving, The Sun reported.

After she went missing, a friend posted on Facebook, offering a $1,000 reward for information about her whereabouts:

Her death continued a string of violent episodes involving foreigners – including Americans – who had either relocated to or vacationed in the country, which forms the eastern half of the island of Hispaniola, with Haiti to the West.

Other incidents in the Dominican Republic in recent months have included:

-- The brutal death of Patricia Ann Anton, a former elementary school teacher from Michigan, whose body was found bound and strangled inside her home in November, in an apparent robbery attempt. Eight suspects were later arrested.

-- The death of Georgia resident Tracy Jerome Jester, 31, who succumbed in March after a day of sightseeing with his sister. Officials denied the death involved foul play but the family remained skeptical.

-- The vicious beating of Tammy Lawrence-Daley, a Delaware woman who claimed she was attacked by a hotel employee in the Dominican Republic during a vacation in January. She filed a $3 million lawsuit in July against the operators of the luxury resort where she was staying with her husband.

-- The alleged drugging, rape and assault of a Staten Island, N.Y., woman who requested to remain anonymous. She claimed that a man she met at a poolside bar later threw her from a second-story balcony after raping her, reportedly causing injuries to her spine and one of her hands.

Also sparking headlines was the June shooting of former Boston Red Sox star David Ortiz, a native of the Dominican Republic who took a bullet to his back while in a Santo Domingo bar. Authorities said Ortiz was not the intended target of the gunman, who had reportedly been paid to shoot another man -- who was seated next to Ortiz at the time.