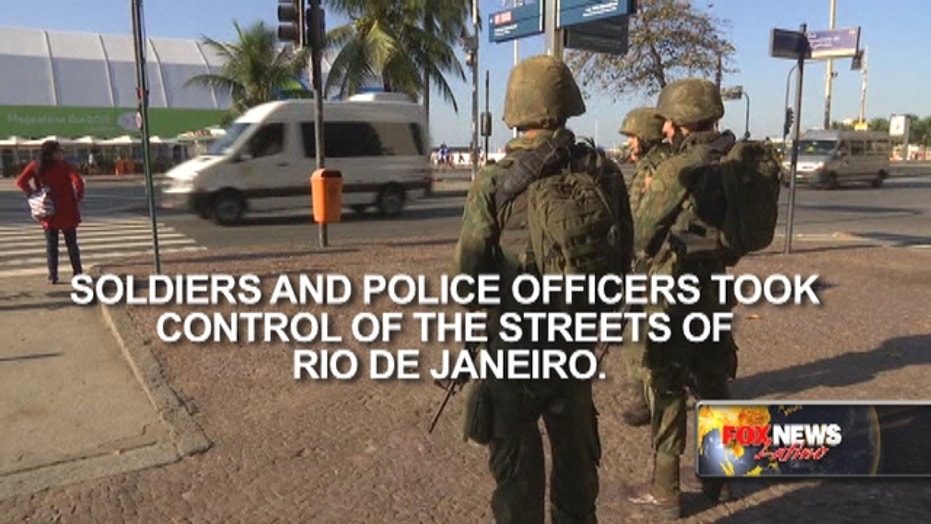 Military takes control of Rio ahead of Olympics

Soldiers and police officers took control of the streets of Rio de Janeiro, as part of the operation to bring security to the city hosting the Olympic Games.

Brasilia (EFE) – Brazilian police confirmed on Monday that they are investigating a second group of possible would-be terrorists after arresting a dozen Islamic State sympathizers suspected of plotting to carry out an attack during next month's 2016 Olympics in Rio de Janeiro.

The confirmation came in a response to Globo television, which aired on Sunday a news story about 15 people who were said to be seeking to make contact with IS.

The piece was the work of a journalist who infiltrated the group online.

In exchanges cited by the Globo report, the suspects referred to the Olympics, which begin Aug. 5, as an opportunity to "strike at our enemies."

Word of the new probe follows the arrests of 12 people accused of having made up an "amateurish" and disorganized potential terror cell whose only contact with each other was via Internet messaging services.

Ten suspects were nabbed last Thursday in simultaneous raids across 10 of Brazil's 27 states.

Another man wanted in the case surrendered to authorities Friday in the western state of Mato Grosso, where the 12th suspect was detained over the weekend.

In conversations online, the 12 men praised recent terrorist attacks in Europe and talked about buying guns with an eye toward striking during the Olympics, which begin Aug. 5.

Several suspects swore allegiance to Islamic State, but there is no evidence of any actual contact with IS, Justice Minister Alexandre de Moraes said.

Brazil's anti-terrorism law, enacted last year, provides for sentences of up to eight years in prison for glorifying terrorist activity.

Preparing to stage an attack, even one that never materializes, carries a maximum of 15 years behind bars.