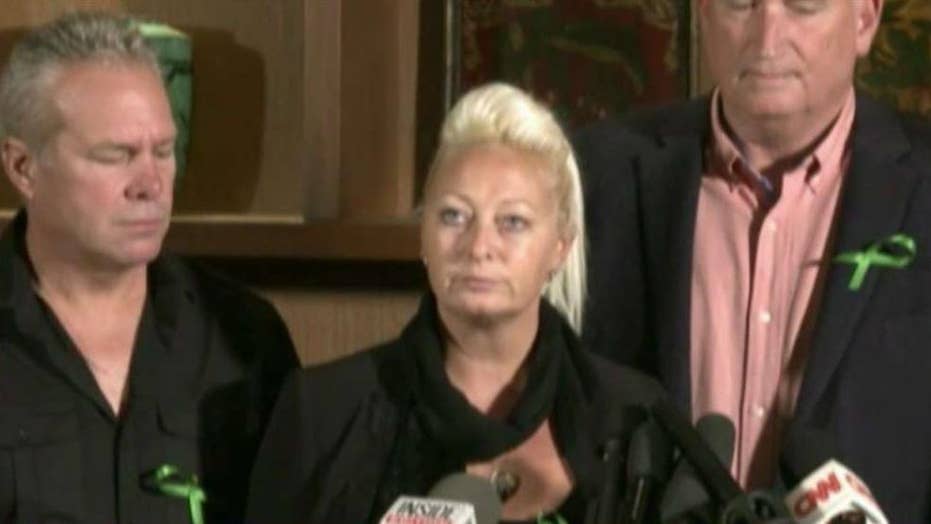 The American charged with causing the death of a British teenager in a car crash last year has a “very low” chance of being extradited to the United Kingdom to face trial, Prime Minister Boris Johnson said Tuesday.

Harry Dunn, 19, was killed in August after a car allegedly driven by Anne Sacoolas – the wife of an American diplomat – struck his motorcycle near RAF Croughton, a British military base that’s home to a signals intelligence station operated by the U.S. Air Force.

Johnson’s comments regarding the case come after the U.K. issued an extradition request for Sacoolas on Friday.

"I think the chances of America actually responding by sending Anne Sacoolas to this country are very low,” Johnson told the BBC. "That's not what they do. But we will continue to make every effort that we can."

Harry Dunn, 19, was killed in the United Kingdom when his motorcycle was struck by a car near a military base last summer.  (Facebook)

Sacoolas left the U.K. three weeks after the Aug. 27 collision that killed Dunn.

Radd Seiger, a spokesperson for the Dunns, said family members are planning to meet Johnson in the coming days to discuss the matter.

"I do not know what is in the prime minister's mind in making those comments, because the parents and I have not yet had the opportunity to sit down and talk with him but we expect to do so within the next few days,” Seiger told the BBC. "If he is basing those comments on what is currently emanating from Washington, he may well be right."

"However,” Seiger said, “the extradition request has now been delivered and therefore the legal process has commenced – Mr. Johnson's officials have been working extremely hard over the last few months to prepare a thorough and diligent case."

"The United States has been clear that, at the time the accident occurred, and for the duration of her stay in the UK, the driver in this case had status that conferred diplomatic immunities," it said in a statement. "The use of an extradition treaty to attempt to return the spouse of a former diplomat by force would establish an extraordinarily troubling precedent."

Sacoolas' lawyer, Amy Jeffress, added that “Anne is devastated by this tragic accident and would do anything to bring Harry back.”

"We remain willing to work with the U.K. authorities to identify a path forward,” she said.

Johnson previously has said Sacoolas was wrong to use diplomatic immunity for "this type of purpose" and urged President Trump “to reconsider the U.S. position so the individual involved can return to the U.K., cooperate with police and allow Harry's family to receive justice."