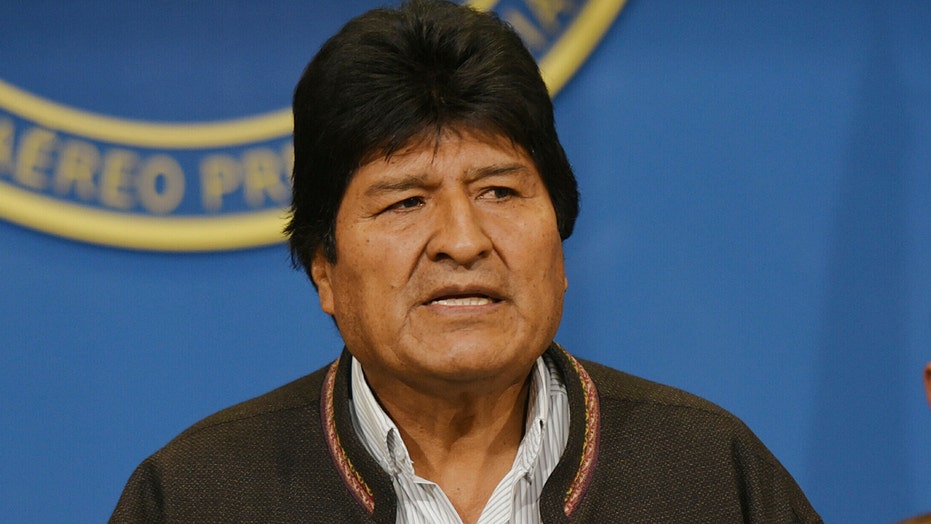 Acting Interior Minister Arturo Murillo said the complaint relates to a video in which Morales is supposedly heard in a phone call coordinating the blockades from Mexico, where he is living in exile since being ousted in a dispute over Oct. 20 elections.

Murillo said Bolivia’s government is seeking a maximum penalty, which is between 15 and 20 years in prison. Morales has said the video is a “montage” by his opponents.

Morales, 60,  resigned on Nov. 10, at the suggestion of the country's military. Bolivia has been rocked by protests after Morales proclaimed himself the winner of last month's presidential election despite credible claims of electoral fraud.

The protests and unrest have killed 32 people.

Juan Lanchipa, Bolivia’s attorney general, confirmed that an investigation into the ex-president and the recording has been launched.

“This audio will be verified in Argentina, and we’re also asking the telecom company to confirm where the call comes from,” he said.

SIBLINGS OF MEXICAN CARTEL KILLING GATHER FOR A PHOTOGRAPH

The blockades in Bolivia have obstructed the free flow of goods in the country, especially in La Paz, where the government is located.

Morales said on Twitter that instead of investigating him, authorities should be probing the deaths of the protesters. At protests organized by Morales’ supporters, people are no longer calling for his return, instead demanding that Interim President Jeanine Áñez be prosecuted after the killings and the use of the military to repress protests.

Earlier on Friday, members of Morales’ party and the opposition said they are nearing an agreement to call new elections that apparently will not include the participation of Morales.

Opposition Sen. Shirley Franco told reporters that neither Morales nor his vice president, Álvaro García Linera, will be allowed to run. The exclusion is meant to honor the results of a 2016 referendum that rejected Morales’ bid to change the constitution so he could seek a fourth term.

Speaking for himself, and not his party, Aguilar said Morales should not run in the next election. Efraín Chambi, who is also a member of MAS, said that “the constitution should be followed.” He expects the final agreement to be ready by Saturday.