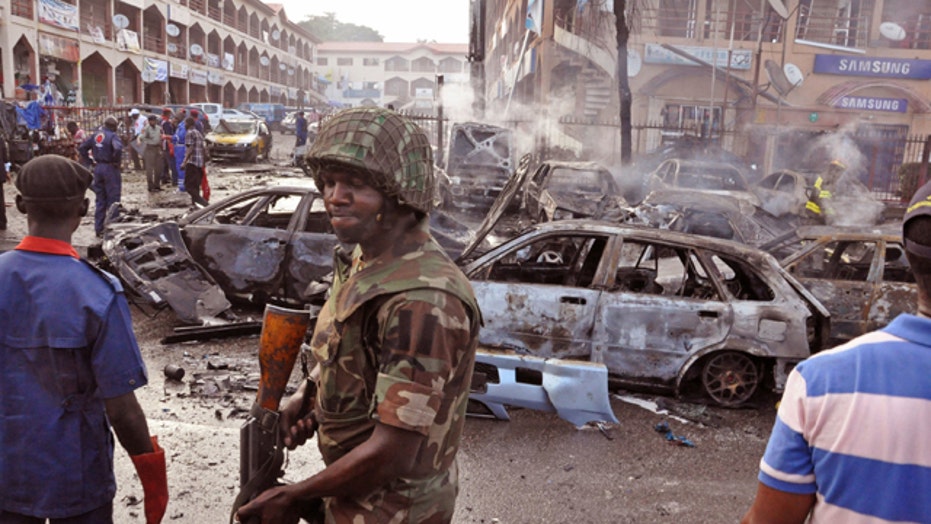 A suspected suicide bomber, who was intercepted in Cameroon Friday before she could blow herself, reportedly told authorities that she was one of the Chibok schoolgirls who were captured by Boko Haram in 2014.

Two girls were carrying explosives in the village of Limani in northern Cameroon before being stopped by local defense forces, according to the UK Daily Telegraph. The village had been the target of suicide bombings in recent months.

The girls were handed over to Cameron soldiers who are part of a multi-national African force that was created to take on the Islamist terrorist group.

Boko Haram militants shocked the world in April 2014 by kidnapping 270 girls from the Nigerian town of Chibok. The militants stormed a school and loaded them onto trucks. Around 50 of them had escaped immediately after the raid.

"One of them indeed declared that she is one of the Chibok hostages,” government administrator Raymond Roksdo said, according to The Telegraph. “She is around 15. We are now verifying, because on the Nigerian side they have the names and photos of these girls.”

Two anonymous government sources also told the UK Daily Telegraph that the girl had claimed to be one of the kidnapped girls.

"We need a few days to be able to confirm this information. We have to debrief all the men who were present and interrogate the two girls before we can say anything," one of the sources told the paper.

A joint-coalition featuring troops from Nigeria, Niger, Chad and Cameroon have been successful in driving Boko Haram from many of its strongholds in Nigeria last year.

However, Boko Haram has still had success in its cross-border attacks and suicide bombings. They have been known to use young girls in the attacks.