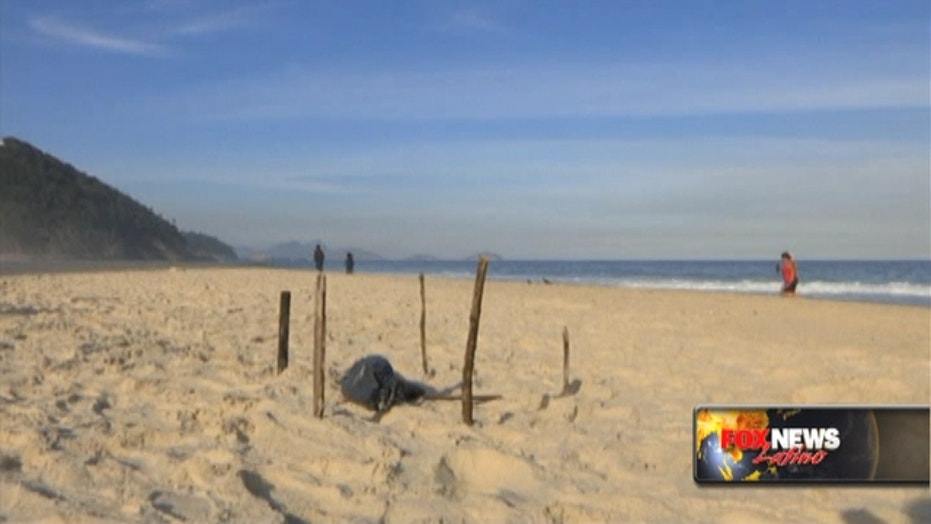 With just about a month to go before the start of the Olympic Games in Rio de Janeiro, concern surrounding security for athletes and fans appears to be growing by the day — on Wednesday, a foot and other body parts were found on the shore near the beach volleyball venue.

Officers told the Associated Press the body parts washed up from the sea at the iconic Copacabana beach, however offered no further details.

According to Reuters, the discovery of the mutilated body parts was first reported to a local newspaper by a Rio street vendor.

The newspaper O Globo reported that at least 10 people have been killed and about 50 schools have been shuttered over the past nine days because of shooting triggered by police searches. Police would not confirm the death toll, but said they had deployed 27 battalions of military police to various areas, including Rio’s downtown and its touristy southern area.

Nicolas Labre Pereira, nicknamed "Fat Family," escaped June 19 when assailants stormed one of the hospitals recommended for tourists traveling to the Olympic Games. The raid to free the 28-year-old suspect left a patient dead and a nurse and an off-duty policeman wounded.

Other violence is also causing worries about safety during the Olympics. Last weekend, an off-duty bodyguard for Rio's mayor was shot to death in an apparent mugging and a doctor was slain in her car on a main expressway. Earlier this month, members of the Australian Paralympic team were mugged at gunpoint.

Officials have warned that budget shortfalls may compromise security.

An estimated 85,000 police officers and soldiers will be patrolling the streets during the Olympics and Paralympics, but Rio de Janeiro state's acting governor says the state is still waiting for 2.9 billion Brazilian reals ($860 million) from the federal government that is earmarked for security efforts.

"The financial aspect is the big problem of Rio's public safety strategy," said Andrei Rodrigues, a top security official at the Justice Ministry who is responsible for big events.

Killings in Rio increased to 2,036 in the first four months of the year, compared to 1,818 for the same period in 2015, according to a state tally that counts homicides, officer-involved killings and deaths as a result of robberies.