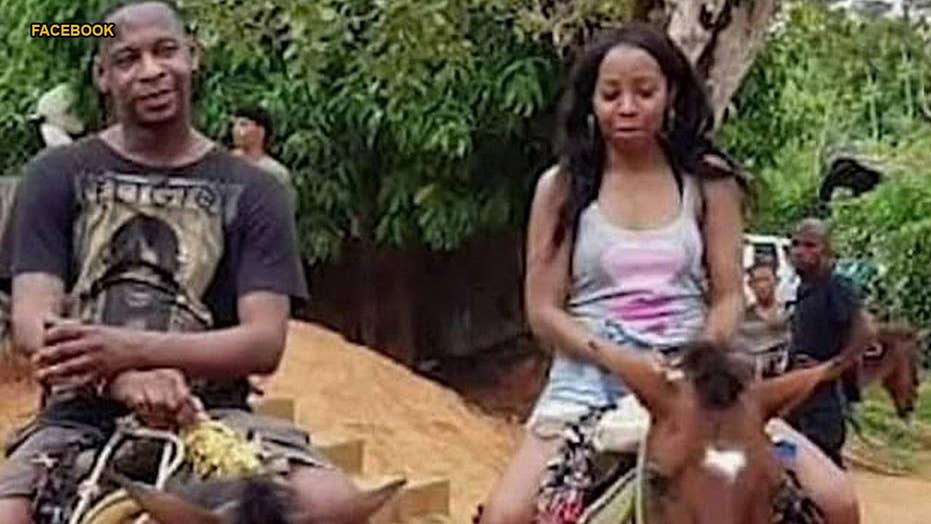 Authorities in the Dominican Republic announced that they believe they have discovered the bodies of Orlando Moore and Portia Ravenelle, an American couple missing since late last month. The couple vanished while leaving their hotel in the Dominican Republic after a getaway to the Caribbean island, and never boarded their flight home. Police say they believe the couple was in a car crash on Las Americas highway while on their way to the airport.

Authorities in the Dominican Republic said Tuesday they believe they've found the bodies of an American couple who disappeared late last month after checking out of their hotel — and officials think the two died in a car crash on their way to the airport.

Orlando Moore, 40, and girlfriend Portia Ravenelle, 52, both of Mount Vernon, N.Y., were supposed to return home on March 27, but they never boarded their flight back to Newark Liberty International Airport.

National Police spokesman Frank Felix Duran said on Tuesday a man’s body – believed to be Moore's – was found in the waters of Sans Souci on March 31, while a woman’s body was found where authorities believe a car crash occurred days earlier.

El Diario Libre reported the woman was found unconscious and taken by ambulance March 27 to Dario Contreras hospital with multiple trauma injuries. She reportedly died there on April 4.

Duran said the man’s body was found decomposing about 12 to 18 miles away from where they believe the rental vehicle he was in became submerged in the ocean. He said treacherous water conditions have kept divers from getting to the submerged vehicle, but they expect it to be the same vehicle the couple rented to drive to the airport.

He said they believe the man’s body is that of Moore because of a tattoo on his right arm that says “Milano,” similar to one that the 40-year-old man had.

PASTOR RICK MCDANIEL: A 5-YEAR-OLD BOY IN POVERTY TAUGHT ME THIS SURPRISING LESSON (AND I WAS SHOCKED)

Police said they believe the couple was in a car crash on Las Americas highway, which leads to a nearby international airport. Duran said local fishermen reported seeing a car in the bottom of the ocean in Sans Souci.

Moore and Ravenelle were reported missing by their families in the U.S. after they did not board their flight home.

Investigators said they confirmed the couple had checked out of the Grand Bahia Principe Cayacoa hotel in Samana on March 27.

Authorities are awaiting fingerprint and other tests to confirm the identities.