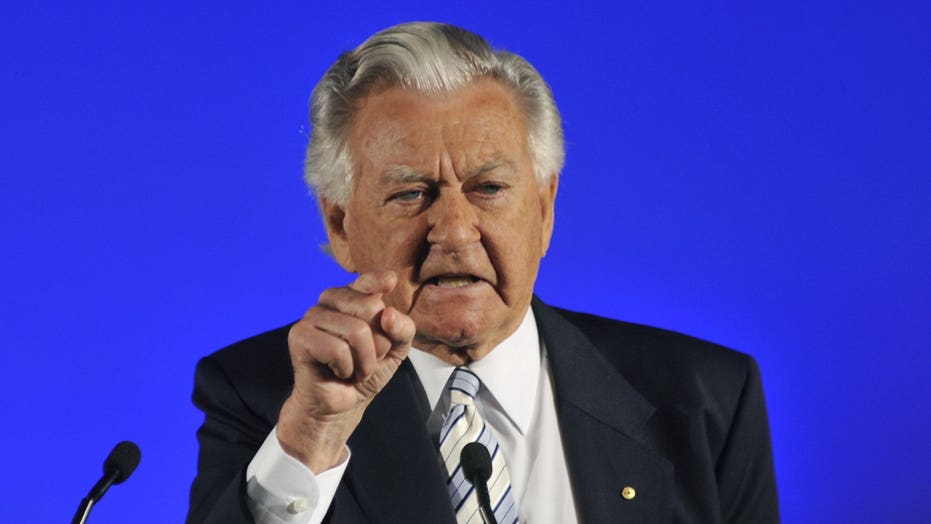 Hawke, who served as the country’s premier from 1983 to 1991, became known as a folk hero in Australia for his charisma and charm, appealing to the majority of the nation.

He dedicated his political career to trade union issues and was regarded as a down-to-earth politician who listened to his people’s concerns.

“This feat was to endear me to some of my fellow Australians more than anything else I ever achieved,” Hawke wrote about the 1955 record in his autobiography.

Opposition leader Bill Shorten said Hawke made transformative changes to the Australian society and emphasized his efforts to protect the environment, in particular the move to prevent the damming of a wild river in Tasmania to generate electricity in 1983.

Prime Minister Scott Morrison said Hawke had “defined the politics of his generation and beyond.”

“Bob Hawke was a great Australian who led and served our country with passion, courage, and an intellectual horsepower that made our country stronger,” Morrison said.

“Bob Hawke was a great Australian who led and served our country with passion, courage, and an intellectual horsepower that made our country stronger.”

While most Australian view Hawke positively, some critics deemed him as arrogant, sexist, and obnoxious, pointing to an alleged short temper and his own confession that he cheated on his first wife during their 39-year marriage. He later married his biographer and mistress, Blanche d’Alpuget, shortly after their divorce.

“Today we lost Bob Hawke, a great Australian — many would say the greatest Australian of the post-war era,” d’Alpuget said in a statement.

D’Alpuge said she will hold a private funeral with his children Sue, Stephen, Rosslyn and stepson, Louis, and his grandchildren. A memorial service will be held in Sydney in coming weeks.