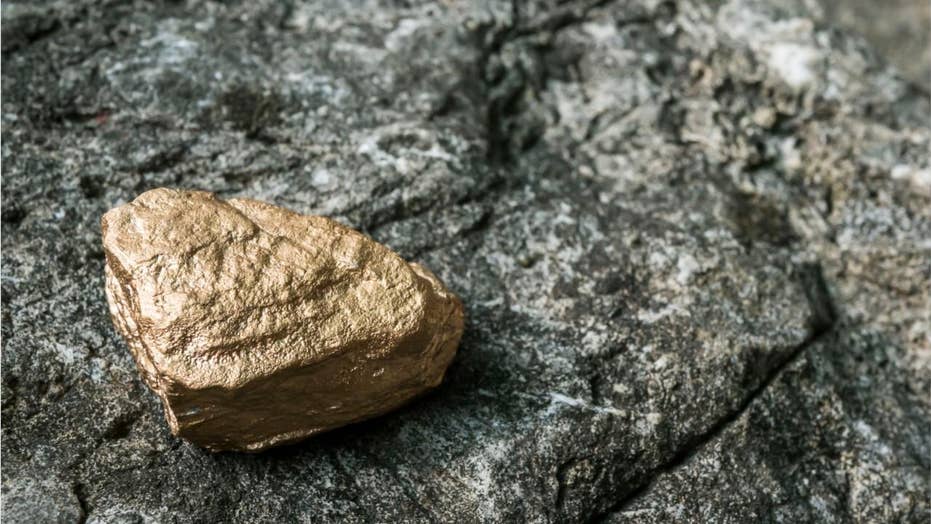 An Australian family experienced a stroke of good fortune when they found a gold nugget — valued at tens of thousands of dollars — while they were walking their dog on Sunday.

An Australian family experienced a stroke of good fortune when they found a gold nugget — valued at tens of thousands of dollars — while they were walking their dog on Sunday.

The family's father and two daughters, who asked to remain anonymous, were out with their dog, coincidentally named "Lucky," when they came across the pricey nugget.

"I actually walked right past it but my daughter pretty much kicked it as she was walking," the father told the Bendigo Advertiser. "She then goes, 'Dad, is this gold?' I said, 'I think it might be.'"

The father said they weighed the nugget at a nearby supermarket, as they couldn't find anywhere to properly weight it. The gold nugget weighed 20 ounces, or 1.25 pounds — a value the family claims could be worth upwards of $24,000 USD.

"To sell it as a nugget whole, it's probably worth a little bit more than that," he told the news outlet. "We've come on some tough times so it's really good because we've been struggling financially. It couldn't be better timing really."

The family's "Lucky" find was only the latest time an Australian has been revealed to have discovered a gold nugget.

In September, a retired man found a roughly seven-pound gold nugget worth an estimated $80,000 in the northern Goldfields of Western Australia. He had been searching the area with a metal detector for years, and ultimately took him two hours to dig the nugget out of the ground.