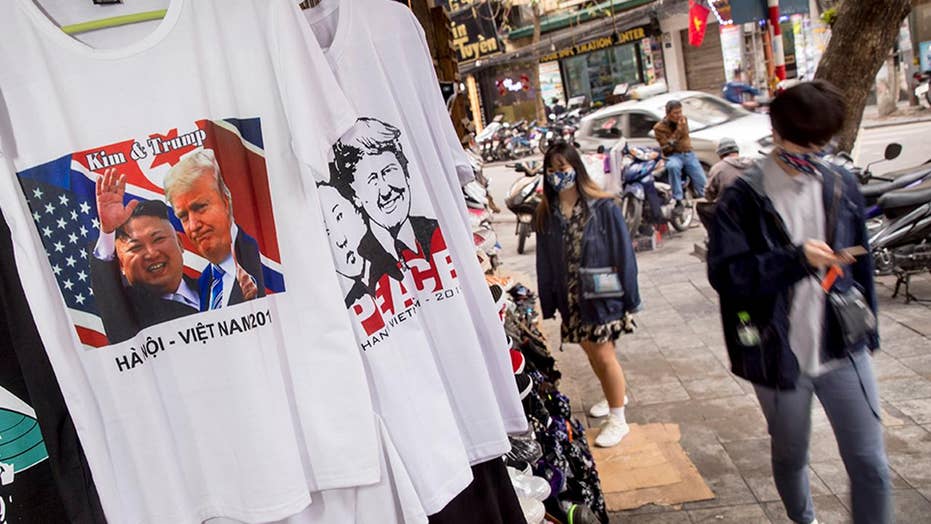 Hemmer, who is leading Fox News Channel's coverage of the historic summit for “America’s Newsroom” from Hanoi, Vietnam, took to the streets to get a closer look at the president’s “ultimate” edge in potentially delivering a historic deal.

“This is the old quarter market in Hanoi – commerce is thriving, this country economically has been exploding, growing at seven percent for about six years now,” Hemmer said while walking the packed streets as trucks, motorcycles and scooters raced by amid the bustle of a busy city.

CLICK HERE FOR COMPLETE COVERAGE OF THE US-NORTH KOREA SUMMIT

“That’s a big message President Trump wants to deliver to Chairman Kim. You give up your nukes, we’ll relieve the sanctions, and then your country too has the possibility of growing like it is growing today in Hanoi.

“It’s a strong message. It’s also the ultimate sale in the art of this Vietnam deal.”

Hemmer also visited the Hỏa Lò Prison, known to American POWs as the Hanoi Hilton during the Vietnam War.

It came as President Trump landed Tuesday morning ahead of the ambitious summit, in which he hopes to make progress with a bold push to rein in Pyongyang's nuclear ambitions.

Trump landed in Hanoi hours after Kim arrived by armored train. The summit will take place later this week. Officials in Hanoi told The Associated Press that they only had about 10 days to prepare, but promised airtight security for the two leaders.

But the chaotic preparations included the White House press corps being shifted to a new hotel before Kim arrived. Kim subsequently toured parts of Hanoi, where locals stood behind barriers to catch a glimpse of the leader of the hermit kingdom.

Trump has repeatedly hailed his meeting with Kim in Singapore last June as a success, although there were few concrete outcomes from the summit.