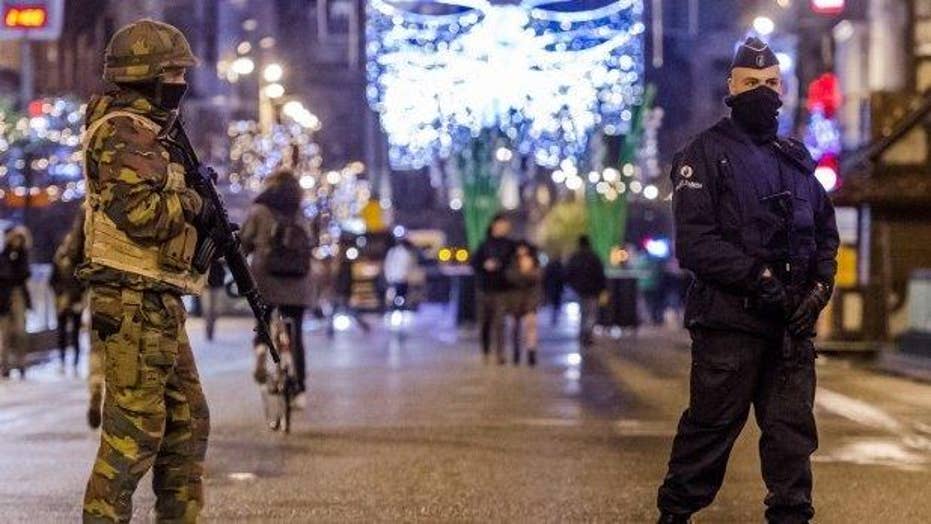 Belgian police arrested a 10th suspect Thursday in connection with last month's terrorist attacks in Paris and detained six others while investigating an alleged plot to carry out a New Year's Eve attack in the capital, Brussels.

A Belgian judge on Thursday delivered an arrest warrant against a man identified only as Ayoub B. Ayoub B., 22, was detained Wednesday following a search in the Molenbeek neighborhood of Brussels, where some of the Paris attackers lived, including suspected ringleader Abdelhamid Abaaoud.

The residence targeted, on Molenbeek's Rue Delaunoy, was also raided three days after the Nov. 13 attacks by police searching for suspect Salah Abdeslam, who is believed to have acted as logistician for the attacks and remains a fugitive. Abdeslam's brother Brahim was one of the suicide bombers in Paris.

In a statement, the Belgian Federal Prosecutor's Office said no weapons or explosives were found in Wednesday's search, but that "about 10 cellphones" were seized and are being examined.

Ayoub B. is to appear before another judge within five days, the prosecutor's office said. That judge will decide whether he should continue to be held in preventive detention.

Meanwhile, the Belgian Federal Prosecutor's Office said that six people were detained during a series of seven house searches carried out in connection with the suspected plot to stage attacks around the holidays. A judge was expected to decide later Thursday whether they could be held longer.

Two other men, identified as Said S., 30, and Mohammed K. 27, were detained on Sunday and Monday on suspicion of plotting attacks in Brussels on New Year's Eve. On Thursday, a judge ordered them held for another month.

City officials announced Wednesday that they would cancel the New Year's Eve fireworks display and other events out of concern about a possible terror attack.