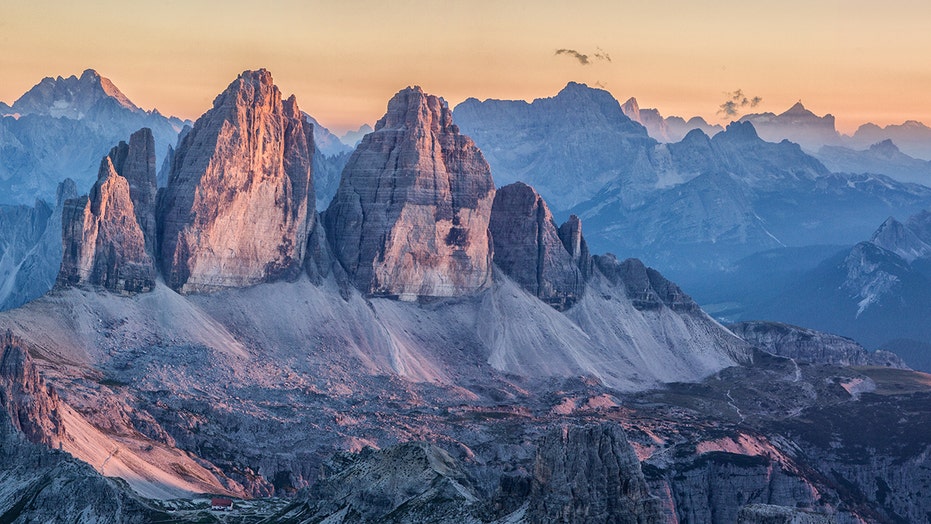 A daring jump from a peak in the Italian mountains turned deadly on Saturday when a British base jumper crashed into a rock face and plummeted to his death.

Jean Andre Quemener, 32, from Jersey, was with a friend when he leaped from a 9,842-foot peak in the Italian Dolomites at Canazei, located north of Venice.

High winds in the area sent Quemener into a rock face, where he then fell more than 650 feet to his death, according to the Sun.

Quemener's girlfriend had made the jump shortly before him, and realized he failed to land, Italian news website Altoadige reported.

"She came down ok and then he went for it but the wind was too strong and it sent him careering into the side of the mountain," a witness on the scene told the Sun.

A British base jumper crashed into a rock face and plummeted to his death after leaping from a peak the Italian Dolomites on Saturday. (iStock)

A helicopter conducting a search operation of the area located his lifeless body in a snow-filled crevice.

A spokesman from the British Foreign Office told Sky News: "We are supporting the family of a British man following his death in Canazei, Italy, and are in contact with the local authorities."

Base jumping is an extreme sport that involves parachuting or using a wingsuit at speeds of up to 120 mph before opening a parachute and gliding to the ground.

Rates of fatalities and injuries are about 50 times higher than skydiving. Last year, another British man, Robert Haggarty, died in the Dolomites region after launching himself from the Castelletto Della Busazza mountain.

The 47-year-old, who had completed 500 jumps previously, suffered multiple injuries when he failed to clear a cliff ledge, according to Sky News.