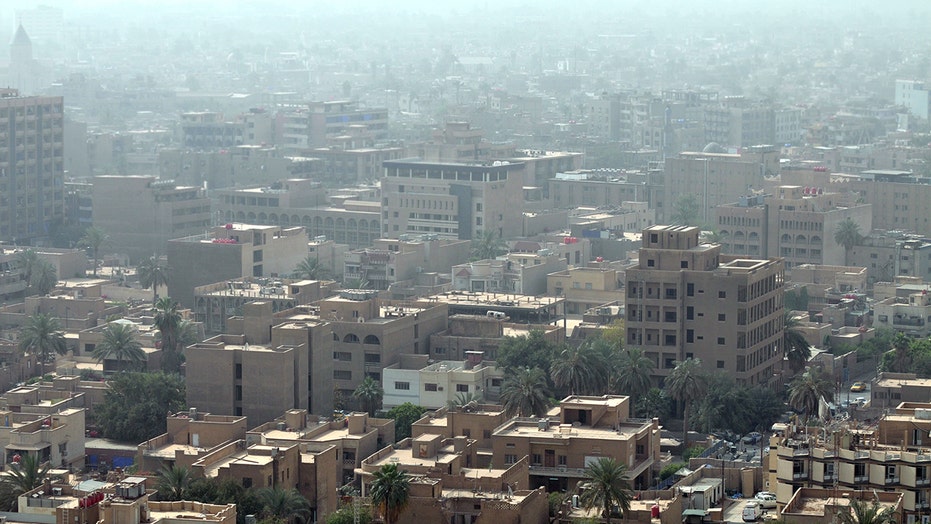 A large explosion was heard in central Baghdad on Sunday night after an apparent rocket attack on the Iraqi capital's heavily fortified Green Zone but no casualties were reported, according to officials.

The Iraqi Military said in a statement that a Katyusha rocket "fell in the middle of the Green Zone without causing any losses."

The Green Zone is where Iraqi government headquarters and the U.S. Embassy are located in the capital city. Iraq's state-run news agency said the rocket crashed inside the area without causing any casualties.

Alert sirens sounded briefly in Baghdad after the explosion was heard, according to Associated Press reporters on the east side of the Tigris River.

The Katyusha multiple rocket launcher is an inexpensive type of rocket artillery that can deliver explosives to a target quicker than conventional artillery, but is less accurate, according to Reuters.

The apparent attack comes amid heightened tensions across the Persian Gulf, after the White House ordered warships and bombers to the region earlier this month to counter an alleged, unexplained threat from Iran. The U.S. embassy in Baghdad and its consulate in the northern city of Erbil evacuated non-essential staff this week, following the escalating tensions with Iran.

Recent tensions in the Persian Gulf between the U.S. and Iran have caused several companies and countries to pull out people.

LARGE US WARSHIPS TRAIN TOGETHER IN ARABIAN SEA WITH EYE ON IRAN THREATS, NAVY SAYS

The Iranian government claims the U.S. is trying to raise tensions in the Middle East; Rich Edson reports.

An Iraqi oil official told the Associated Press on Saturday that employees of energy giant Exxon Mobil have started evacuating an oil field in the southern province of Basra. The official, who spoke on condition of anonymity because he was not authorized to speak to the media, said all those who are being evacuated are foreigners or Iraqis who hold other nationalities.

The official did not give numbers but said the first group left two days ago and another batch left early Saturday.

On Saturday afternoon, Bahrain ordered all of its citizens to immediately leave Iraq and Iran, amid rising tensions. Bahrain's Foreign Ministry cited the "unstable situation in the region and the grave developments and threats that threaten security and stability."

Baharin is a small, Sunni-ruled island nation off the coast of Saudi Arabia. It regularly accuses Iran of stirring dissent in its Shiite-majority population.

Iraq hosts more than 5,000 U.S. troops and is home to powerful Iranian-backed militias, some of whom want those U.S. forces to leave.