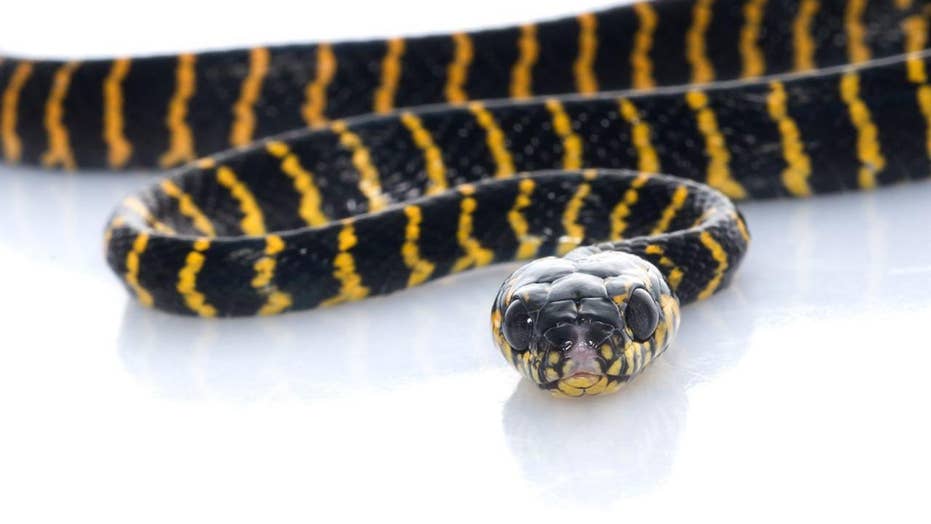 Woman bit by python while on the toilet

An Australian woman was bitten by a 5-foot carpet python while sitting on the toilet.

An Australian woman received quite a shock Tuesday when she was sitting on the toilet and felt some pain which turned out to be a snake bite.

Helen Richards, 59, was at a relative’s home in Brisbane when she was bitten by the five-foot carpet python. Richards detailed the incident after feeling a “sharp tap.”

"I jumped up with my pants down and turned around to see what looked like a longneck turtle receding back into the bowl," Richards told the Courier Mail.

Richards told 10 News First Queensland that she “felt a sharp tap” on her “bottom” before she felt “some pain.”

Jasmine Zeleny, a handler, was able to remove the snake from the toilet. She said it’s common to find the reptiles in the toilet when the weather is hot. Southeast Australia is currently undergoing severe heatwave conditions.

Zeleny said the snake bit after it became “spooked” but said carpet pythons are relatively harmless and not venomous.

"Unfortunately, the snake's preferred exit point was blocked after being spooked by Helen sitting down, and it lashed out in fear," Zeleny told the BBC.

She said Richards “treated the whole situation like a champion.”

Richards’ bites were treated with an antiseptic and have mostly healed.