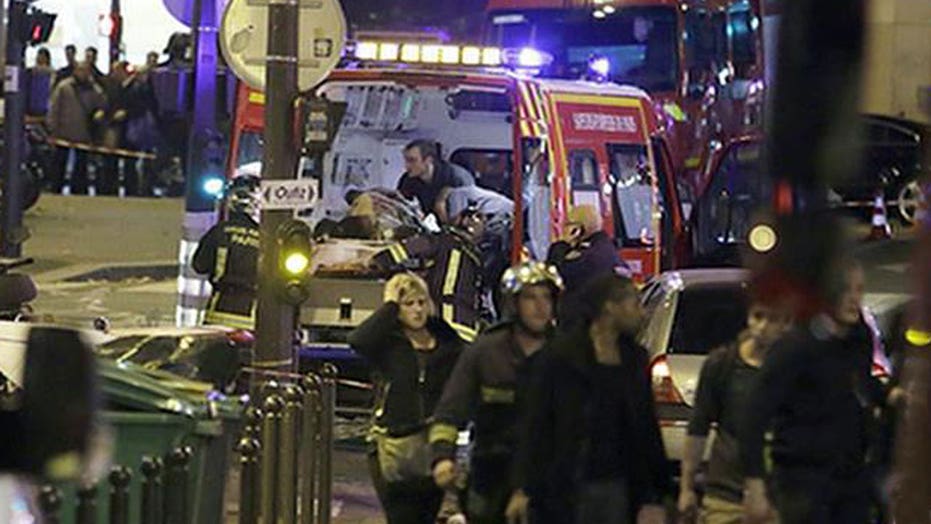 Doctors and hospitals in Paris scrambled early Saturday to treat at least 180 people who were injured in six separate terror attacks Friday night.

The AFP news agency reported, citing police sources, that 80 people were critically injured in the attacks on a concert hall, at least two restaurants, and the country's national soccer and rugby stadium, among other venues. However, Reuters, citing a source in the Paris prosecutor's office, reported that 99 people were critically injured. The discrepancy could not immediately be reconciled.

The Daily Telegraph reported that the city's hospital service was overwhelmed as medical personnel reported for work of their own volition. Among the first to be called in was Patrick Pelloux, an emergency room doctor and former writer for Charlie Hebdo. Pelloux was one of the first to arrive on the scene of the January 7 terror attack that killed twelve people, including nine of his colleagues at the satirical magazine.

The Guardian reported that a bar near the Bataclan concert hall, where at least 87 people were killed in the deadliest of the attacks, had been turned into a makeshift medical tent and supplies were being rushed there to treat the injured. Those who could walk were taken by Red Cross volunteers to another bar further away from the scene, where psychological counseling was available.

Le Monde reported that 36 hospitals were receiving injured persons for treatment and 450 Paris firefighters had been mobilized to cope with the attack, as had 280 from the capital's outer suburbs.

On Saturday morning, Parisians were being encouraged to donate blood at various collection points around the city to aid the injured.