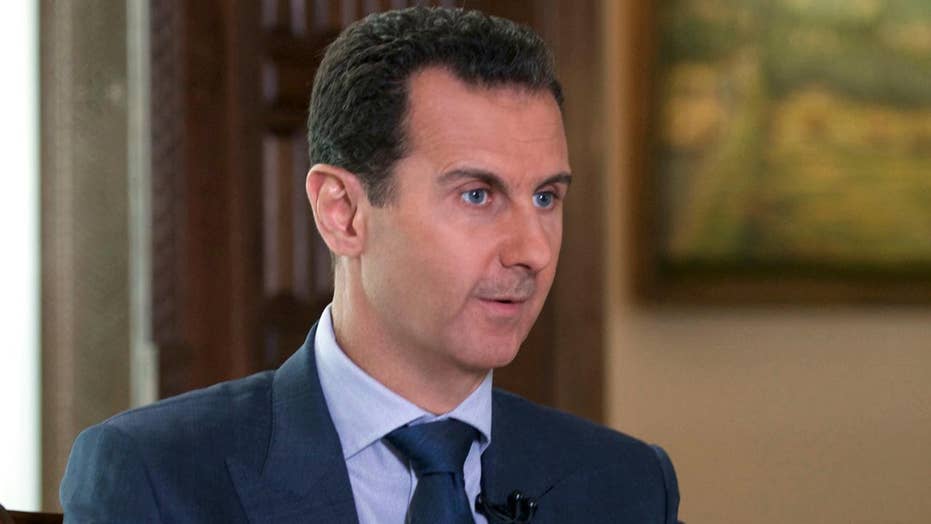 The Syrian president lashes out at President Trump

Speaking in his first interview since the incident, Mr Assad said he gave "no order to make any attack" and claimed "even if we had (chemical weapons) we wouldn't use them."

The Syrian leader said it was unclear who carried out the attack in the rebel-held town of Khan Sheikhoun on 4 April, which killed more than 80 people.

He added that videos showing children dying from the attack were "propaganda" designed to prompt the retaliatory US missile strike two days later.

Mr Assad told AFP TV: "It's not clear whether it happened or not, how can you verify a video? There are a lot of fake videos now.

TRUMP: WE'RE NOT GOING INTO SYRIA

"We don't know whether those dead children were killed in Khan Sheikhoun. Were they dead at all?"

He added he would only allow an investigation into the attack "when we make sure that unbiased countries will participate in this delegation in order to make sure that they won't use it for politicized purposes."