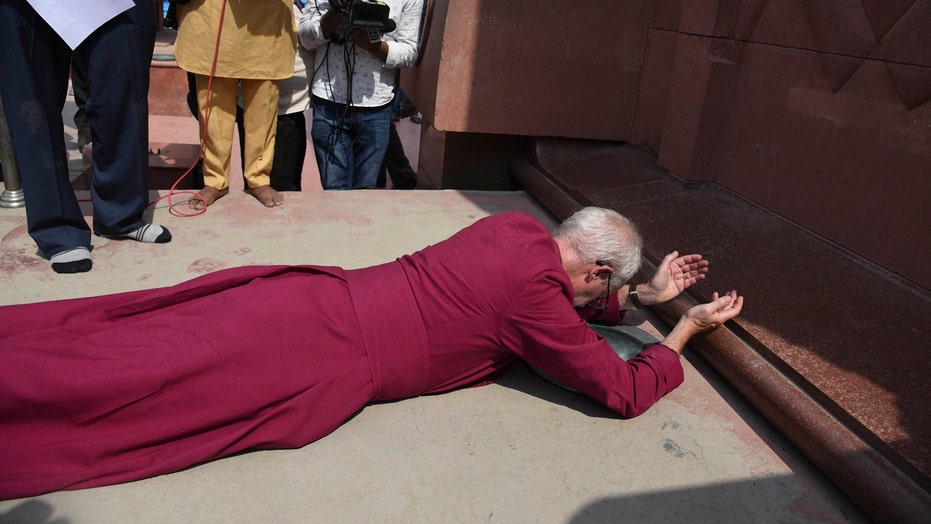 The Church of England's Archbishop of Canterbury apologized in a public way -- by falling down on the floor --for the "terrible atrocity" by British colonial forces 100 years ago in a massacre of hundreds of Indians peacefully demonstrating for independence.

Addressing the attack in northwest India, Archbishop Justin Welby tweeted: "I feel a deep sense of grief, humility and profound shame having visited the site of the horrific Jallianwala Bagh massacre in Amritsar today. Here, a great number of Sikhs – as well as Hindus, Muslims and Christians – were shot dead by British troops in 1919."

More than 300 Indians were killed and over 1,200 injured on April 13, 1919, when the British Indian Army opened fire on a crowd at Jallianwala Bagh in Amritsar, which is near the city's Golden Temple, the holiest site to the Sikh faith.

Welby, who has been archbishop since 2013, noted that he was not speaking on behalf of the British government, but instead was making a personal apology.

When asked if he would seek an apology from the British government, Welby reportedly said: "I think I have been very clear about what I feel and that will be broadcast in England."

Former British Prime Minister Theresa May stopped short of a formal apology in April when she called the killings a "shameful scar" in British-Indian history.