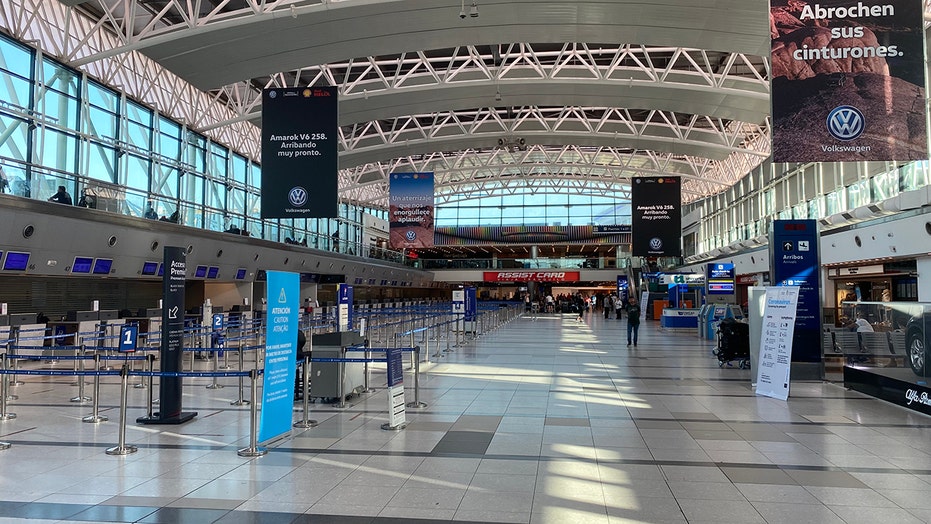 As of Thursday, the State Department reported 13,000 Americans were still stranded abroad after the coronavirus pandemic shut down most international travel. Department officials said, “We are continuing our efforts to bring Americans back home, we are continuing these efforts around the clock.”

Fox News spoke to four Americans who have been trying to get our of Argentina, including Sam Aitken and his wife, Marisa, who left Texas for Buenos Aires on March 4.

“My wife and I left on our honeymoon,” Aitken said. “We were in Buenos Aires for a few days before leaving on March 8 to go on an adventure cruise to the Antarctic Peninsula.”

The Aitkens were notified days after embarking on the cruise that the Argentinian government would soon be shutting down most international travel, the cruise ship turned around in hopes of getting them and more than 100 other passengers back to the port in time to fly out of the country.

“We got back a day earlier and then when we arrived in the port of Ushuaia on March 16th, we found out that the Argentinian government was mandating a 14-day quarantine period for all returning ships,” Aitken said.

Unable to dock, the couple was kept on the ship until March 22.

“On the 22nd, our company had arranged for a charter flight back from Ushuaia to Buenos Aires where most of us had ongoing international travel booked and so we did manage to get on that charter flight,” Aitken said.

Arriving in Buenos Aires on the 22nd, the Aitkens got word that their flight the following morning to Sao Paulo, which would later connect them to Houston, was canceled.

“We immediately tried to rebook onto another flight to go through Santiago and then that was canceled and then we were on the phone with United and that is when we were told there were no options remaining to get back to the United States,” Aitken said.

The Aitkens were left at a hotel overlooking the port of Buenos Aires where they were quarantined to their rooms as the government has issued a shelter-in-place order for all of Buenos Aires.

Sam Aitken and his wife, Marisa, have been stranded in a hotel in Argentina waiting for a flight back to Houston, Texas.

“We are not able to go anywhere, use the hotel amenities or anything like that. The hotel is offering room service and we have food being delivered because we are not allowed to leave,” Aitken said.

The couple has connected with several other Americans stranded in Buenos Aires, including Graham Hammond and Joseph La Ve’.

Joe La Ve' and Graham Hammond have been traveling abroad for the last six months. COVID-19 has now stranded the Montana residents abroad.

The teenagers had been traveling abroad when the coronavirus pandemic started and with flights out of the country hard to come by, the two have been at the Aziza International Airport since Sunday.

“It has been really difficult mentally and emotionally because every single time we think we have an opportunity, it either gets ripped out from under us or something changes,” Hammond said. “We booked a flight last week for early, early Sunday, but six hours before the flight, it got canceled.”

Hammond and La Ve’ are from Billings, Mont., and have had three flights cancel on them after bookings.

“Our families are more optimistic than we are right now, they have been calling our senators and the embassy trying to reschedule our flights, they have been kind of our saviors through all of this,” Hammond said. “They have been helping us out when right now we just kind of feel a little helpless and we are just waiting for whatever opportunity comes next.”

The teens and the Aitkens are four of at least 29 Americans they know of that are stranded in Buenos Aires.

Sam Aitken and wife Marisa were on a cruise for their honeymoon when the coronavirus pandemic shut down most international travel.

“We have a group chat on WhatsApp called ‘Americanos en Argentina’ and there are 29 of us in it,” Hammond said. “Through the group chat, we have been getting more information on when flights are and how we can all get from here to there so that has also been helpful.”

Americans have been reaching out to the U.S. Embassy in Argentina for help, something Aitken says wasn’t helpful in the beginning.

“They essentially told us that we should have gotten out earlier and when I told them we were under quarantine, they said good luck,” Aitken said. “From our perspective, it was just a matter of knowing someone is working on it and it is a priority for us to get home would have been a nice thing to hear.”

The Aitkens said a lack of consistent information coming from the United States has been frustrating.

“We were hoping that the United States government would have been taking a more active role in helping Americans get home, which didn’t seem to be the case until Tuesday afternoon,” he said

On Wednesday, the State Department told Fox News it's asking any American stuck abroad to register with the STEP program so they know where to send a charter flight. The United States Embassy in Argentina echoing the call, posting on Twitter a charter flight from Buenos Aires to Miami for Americans.

The Aitkens booked five different flights before finding one they hoped will get them home before the weekend. The couple has been hoping to get to Brazil before flying into the States.

“Sao Paulo is the only area where flights seem to be getting consistently in and out of,” Aitken said. “If we are not able to get to Houston, we will go anywhere in the United States and see what we can do.”

La Ve’ and Hammond took the same approach, flying to Brazil and then on to Toronto, Canada, where they're hoping to eventually connect back home to Montana.

A State Department official told Fox News, “Following two days of collecting information from U.S. citizens who wish to be repatriated to the United States, more than 400 people have responded to our mailbox.” The department also confirmed a charter flight is scheduled for Friday and is expected to take Americans from Buenos Aires to Miami, Fla.

The United States Embassy did announce Thursday the charter flight from Buenos Aires to Miami is sold out and Americans would now need to rely on “commercial airline options available from carriers including Delta, Turkish, and Aerolineas Argentinas via Sao Paulo, Brazil.”

The Aitkens and the teens added that they knew some Americans opted not to take the charter flight because tickets were $1,700 per person.

“It would cost both of us more than $5,000 to get on the charter flight and we just can't afford that. Call you senator or the embassy, whoever you know that can help,” La Ve' said. “Even if we get home flying commercial, we still want to make sure the other Americans out here are taken care of.”