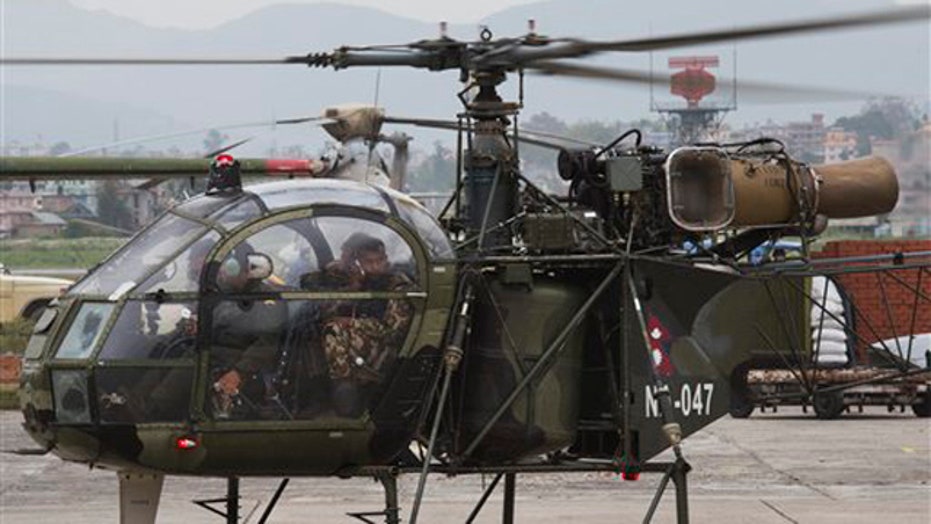 KATHMANDU, Nepal – The bodies of all eight people on board the U.S. Marine helicopter that disappeared this week during a relief mission in earthquake-hit Nepal have been recovered, Nepal's army said Saturday.

The wreckage was found on Friday and the first three bodies retrieved the same day by Nepalese and U.S. military personnel from the crash site in the mountains northeast of capital Kathmandu. The Nepalese army said in a statement Saturday that the remaining five bodies were also recovered.

The discovery of the wreckage followed days of intense search involving U.S. and Nepali aircraft and U.S. satellites. The aircraft, with six Marines and two Nepali soldiers on board, went missing while delivering aid on Tuesday.

Lt. Gen. John Wissler, commander of the Marine-led joint task force, told reporters in Kathmandu on Friday that his team could not immediately identify the cause of the crash of the UH-1 "Huey" or identify the bodies found.

He described the crash as "severe," and said the recovery team at the site encountered extreme weather and difficult terrain.

The wreckage was located about 15 miles from the town of Charikot, near where the aircraft went missing while delivering humanitarian aid to villages hit by two deadly earthquakes.

The area is near Gothali village in the district of Dolakha, about 50 miles northeast of Kathmandu.

The U.S. relief mission was deployed soon after a magnitude-7.8 quake hit April 25, killing more than 8,200 people. It was followed by another magnitude-7.3 quake on Tuesday that killed 117 people and injured 2,800.