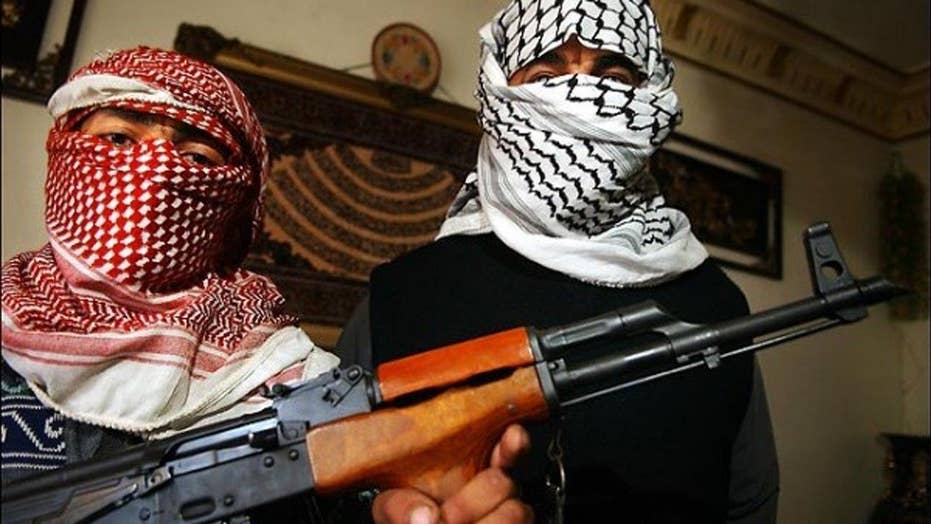 BERLIN – A German man believed to have provided logistical support to the Hamburg-based Sept. 11 hijackers has died, according to a newly-released audio message from the leader of al Qaeda.

The announcement by Ayman al-Zawahri came in an Aug. 2 audio message posted online in which he says a man he identifies as Zuhair al-Maghribi who worked for As-Sahab, the terror network's media arm, is a "martyr."

He says al-Maghribi is one of several who "sacrificed their lives" but doesn't provide details on when or how they died.

These undated handout photos, released by the German Federal Police in 2001 show Said Bahaji, with and without beard. (AP Photo/Federal Police via AP)

Al-Maghribi is a known alias of Said Bahaji, who authorities have said worked for As-Sahab. He's been wanted on an international arrest warrant issued by Germany shortly after the 2001 terrorist attacks on New York and Washington.

Germany-born Bahaji, who is of Moroccan descent, is believed to have helped suicide hijackers Mohamad Atta, Marwan al-Shehhi and Ziad Jarrah when they were in Hamburg, and to have fled shortly before the Sept. 11 attacks.

In an operation in 2009, the Pakistani military battled their way into a Taliban stronghold along the Afghan border and found Bahaji's German passport, among others. It included a tourist visa for Pakistan and a stamp indicating he had arrived in the southern city of Karachi on Sept. 4, 2001.

The authenticity of the al-Zawahri recording could not be independently confirmed but it resembled previous messages released by the al Qaeda leader.

Germany's foreign intelligence agency, the BND, would not comment on Tuesday on the recording, citing organizational policy.

Bahaji was long suspected of having died, but al Qaeda never publicly acknowledged his death until al-Zawahri's audio recording a week ago.

In a list published by the United Nations Security Council of people and entities against whom there are sanctions, Bahaji is said to be "reportedly deceased in September 2013 in the Afghanistan/Pakistan border area."