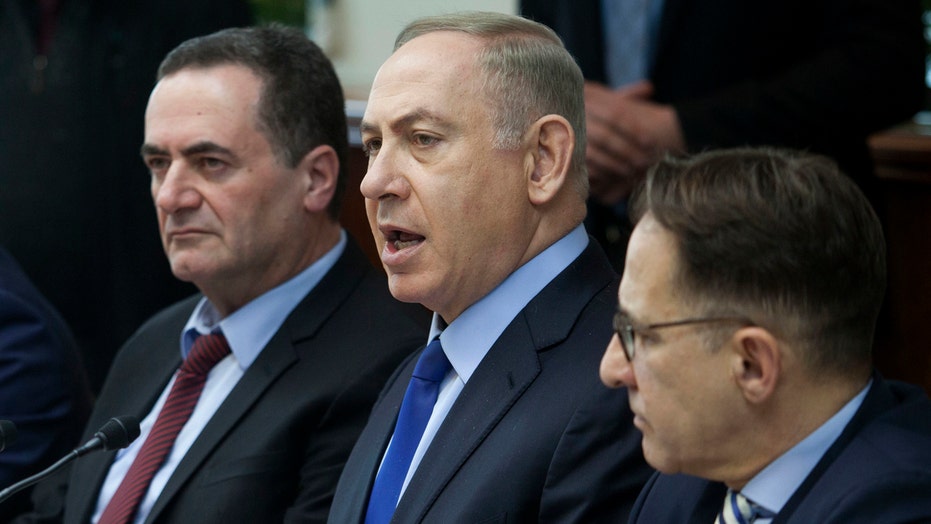 RAMALLAH, West Bank – The Palestinian president said Tuesday that he hopes an upcoming Mideast conference in France will set a timetable for independence after the U.N. delivered a harsh rebuke over the construction of Israeli settlements in lands claimed by the Palestinians.

Israel is meanwhile advancing plans for thousands of new homes in east Jerusalem despite the U.N. Security Council resolution. The Palestinians want to make that part of the city their future capital.

The United States broke with past practice and allowed the Security Council to condemn Israeli settlements in the West Bank and east Jerusalem as a "flagrant violation" of international law.

WHITE HOUSE DENIES ALLEGATIONS OF A PARTING SHOT AT ISRAEL

"The decision lays the foundation for any future serious negotiation ... and it paves the way for the international peace conference slated to be held in Paris next month," President Mahmoud Abbas said early Tuesday in his first public remarks since the U.N. vote.

"We hope this conference comes up with a mechanism and timetable to end the occupation," Abbas told a meeting of his Fatah party. "The (resolution) proves that the world rejects the settlements, as they are illegal."

On Jan. 15, days before President Barack Obama leaves office, France is expected to host a conference where dozens of countries may endorse an international framework for peace between Israel and the Palestinians. Israeli Prime Minister Benjamin Netanyahu vehemently opposes such a move, saying it would undermine the negotiating process.

AFTER YEARS OF CONFLICT, EGYPT EASES PRESSURE ON GAZA

Netanyahu has repeatedly called on Abbas to meet for direct talks without preconditions. Abbas has refused unless Israel first ends settlement construction.

The Palestinians claim the West Bank, along with east Jerusalem, home to holy sites sacred to Jews, Muslims and Christians, as parts of their future state. Israel says settlements, along with other core issues like security, should be agreed upon in direct talks.

Despite the U.N. resolution condemning settlements, Jerusalem Municipality is set to approve thousands of new housing units in the eastern sector of the city this week. The Jerusalem District Zoning Committee is convening Wednesday to discuss approving fresh construction in that part of the city, the pro-Netanyahu daily Israel Hayom reported.

"We remain unfazed by the U.N. vote, or by any other entity that tries to dictate what we do in Jerusalem," Deputy Jerusalem Mayor Meir Turgeman, who heads the zoning committee, told the paper this week. "I hope the Israeli government and the new U.S. administration will support us, so we can make up for the lack (of construction) during the eight years of the Obama administration."

Netanyahu was outraged by the U.N. Security Council resolution and has declared a number of steps in response to the measure, which passed 14-0 with an American abstention.

Israel summoned ambassadors from council members, including the U.S., to protest. Netanyahu is recalling his nation's ambassadors to New Zealand and Senegal for consultations and canceling a planned January visit to Israel by Senegal's foreign minister. He also ended Israeli aid programs to the African country.