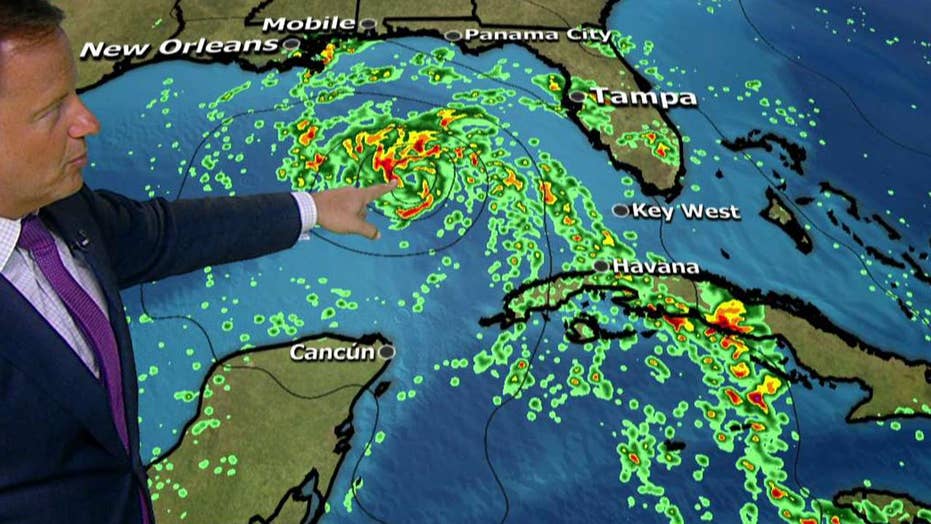 The governors of Alabama, Florida and Mississippi have each declared a state of emergency in their states as Subtropical Storm Alberto spreads north and west.

The storm was expected to make landfall as early as Monday morning or as late as Monday evening, AccuWeather reported.

Alabama Gov. Kay Ivey made the declaration for 40 counties. Florida Gov. Rick Scott declared a state of emergency for all 67 counties. Mississippi Gov. Phil Bryant said Saturday that he also signed a proclamation declaring an emergency in his state.

The storm is expected to bring significant rain, threatening the start of the summer tourist season for beach towns along the Gulf Coast.

The executive orders from the governors make resources available to state and local governments as they prepare to deal with the storm and its aftermath. The orders allow for the deployment of National Guard personnel, if necessary.

As of 5 a.m. EDT Sunday, the National Hurricane Center in Miami said Alberto was about 330 miles south of Apalachicola, Fla., and moving north-northeast at 13 mph. The storm had top sustained winds of 40 mph and was expected to strengthen as it moves over the eastern Gulf of Mexico.

In Gulfport, Miss., on Saturday, several residents lined up under overcast skies and occasional drizzle to fill 10- and 20-pound bags with sand they will use to block any encroaching floodwater expected as a result of Alberto.

Tommy Whitlock said sandbagging has become a regular event in his life because he lives next to a creek.

"I'm doing this because every time we have a hard rain, it floods at my house," Whitlock said. "We get water from other neighborhoods, and water can get up to a foot deep in some places."

Eddy Warner, a retired consultant for a construction company, filled bags while waiting for his nephew to come help transport them home to protect his garage.

Subtropical storm Alberto expected to travel through the Gulf of Mexico.

In Florida, Scott talked about the importance of the emergency declaration.

“As we continue to monitor Subtropical Storm Alberto’s northward path toward Florida, it is critically important that all Florida counties have every available resource to keep families safe and prepare for the torrential rain and severe flooding this storm will bring,” Scott said in a news release.

“Today, I have declared a state of emergency in all 67 Florida counties to make sure that our state and local governments are able to coordinate with federal partners to get the resources they need.”

Scott urged Floridians to get ready for the storm and develop an emergency preparedness plan.

“Remember, the track of these storms can change without notice,” Scott said. “Do not think that only areas in the cone will be impacted – everyone in our state must be prepared.

Alberto, the first storm to be named ahead of the official June 1 start of hurricane season, is expected to gain strength until it reaches the northern Gulf Coast by Monday night, the National Hurricane Center said.