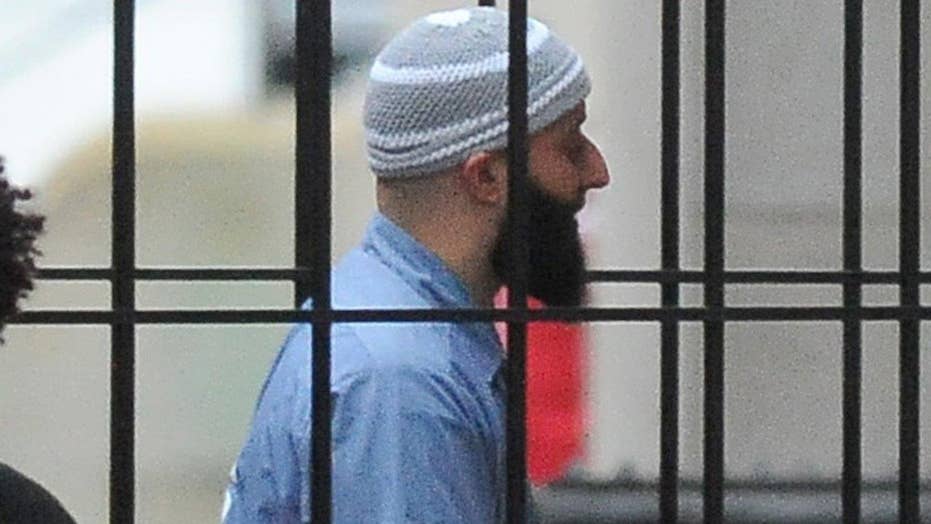 BALTIMORE – As a convicted murderer seeks a new trial in a case spotlighted by the popular "Serial" podcast, an alibi witness who was never before called to testify in the case has cast doubts about testimony from the case's former prosecutor, who she says persuaded her not to come forward with information that might help win the defendant a new trial.

Asia McClain, now known as Asia Chapman, testified Wednesday during a hearing for Adnan Syed, who was convicted of murdering Hae Min Lee and is serving a life sentence. He is seeking a new trial on the grounds that his first attorney was ineffective for failing to contact McClain.

Chapman has said she saw Syed in a library within the time when prosecutors contend he was killing Lee, in 1999. But McClain was never contacted by Syed's attorney to testify at his trial. Syed's current lawyer contends that failure amounts to ineffective council and Syed should have a new trial.

Chapman told the court that years after Syed was convicted, Syed's new attorney, who was working on an appeal, visited her at her home and left a business card. She looked up the case and called then-prosecutor Kevin Urick because she figured he'd be less biased than the defense attorney.

In their 34-minute phone conversation, during which she took detailed notes, McClain said Urick told her that Syed "killed that girl."

"I walked away feeling like (the defense) was trying to manipulate the court to get him in front of a judge," Chapman testified, adding that Urick convinced her that Syed "was 100 percent guilty, and it was a waste of my time to get involved."

But she says Urick later testified at Syed's first post-conviction hearing that his phone call with her lasted only five minutes, and said that she'd told him that her affidavit was false.

"He said I told him everything I said in the affidavit was not true, that I wrote the affidavit because I was pressured," Chapman said of Urick's testimony. "All of this was news to me. I was in shock. I was angry that I had allowed my thoughts and opinions to be represented by a third party."

After learning of Urick's testimony Chapman said she requested her phone records and verified that her conversation with Urick lasted 34 minutes.

Chapman also said she would have come to court to testify even if she hadn't been subpoenaed.

"I felt it was the right thing to do," she said. "For justice to be served all information has to be on the table."

A message left at Urick's office was not immediately returned Wednesday.

Chapman will be called to the stand for more testimony Thursday.