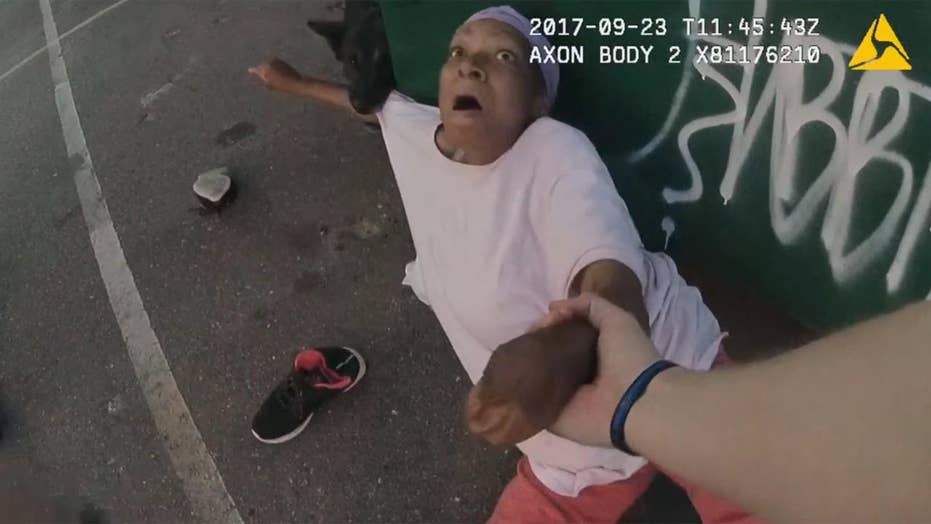 Raw video: Woman suing St. Paul Police Department after police dog attacked her behind a dumpster as she took out garbage.

A Minnesota woman who was unexpectedly attacked by a leashed police K-9 dog in late September, has filed a lawsuit in federal court this week.

Desiree Collins claims in her lawsuit that St. Paul police Officer Thaddeus P. Schmidt lost control of the dog, a 5-year-old German shepherd that bit Collins on a leg before “viciously” clamping down on one of her arms, the Minneapolis  Star-Tribune reported.

The lawsuit claims the K-9 was reluctant to let go of Collins despite repeated instructions from Schmidt and another officer, resulting in injuries that required hospitalization, the paper reported.

“What happened to Ms. Collins was a terrible accident that should not have occurred,” police Chief Todd Axtell said in a written statement issued Thursday. “I am sorry it happened and that she was injured. As a department, we wish we could go back and do things differently. Unfortunately, we can’t.”

"What happened to Ms. Collins was a terrible accident that should not have occurred. I am sorry it happened and that she was injured. As a department, we wish we could go back and do things differently. Unfortunately, we can’t."

Graphic police body camera footage released Thursday by Collins’ attorneys shows the dog walking in front of the officer on a generous leash. The K-9 briefly disappears from view before officers rush to the screams of Collins, who is seen on the ground with the dog clamped down on her arm.

“What you have here is a completely innocent person taking out their garbage … and a K-9 simply wasn’t controlled,” Andrew Noel, one of Collins’ attorneys, told the paper.

The lawsuit alleges Schmidt and the dog were looking for suspects in response to a burglary call. The suit contends that Schmidt’s long leash on the K-9 “greatly reduced” his control of the dog, the paper reported.

Collins is suing for unspecified punitive damages, the paper reported.