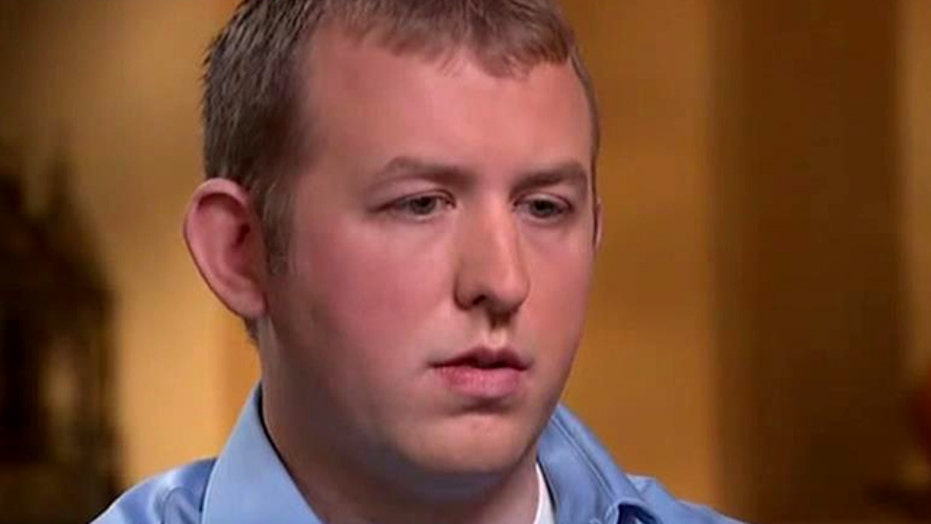 The Ferguson, Mo. police officer who shot and killed an unarmed black teenager in August said in an interview aired on Tuesday that there was "no way" Michael Brown had his hands up right before he was killed -- disputing one of the core controversies at the heart of a case that touched off nationwide protests and racial unrest.

In his first public statements since a grand jury declined to indict him on charges of murder and manslaughter, Darren Wilson told ABC's George Stephanopoulos that Brown, 18, started an altercation between the two on Aug. 9 when he reached into the officer's squad car and began assaulting him, punching him twice in the face and reaching for his sidearm.

Wilson, who reportedly is 6-foot-4 and weighs around 210 pounds, said he reached for his gun only when he began to fear for his life, and he struggled with the 6-foot-3, nearly 300-pound Brown over control of the weapon. Shots were fired inside the car, causing Brown to flee, and Wilson then chased after him on foot, telling Stephanopoulos he had "to see where this guy goes."

According to Wilson, Brown then stopped, turned and began charging at him, at which point the officer fired several shots, hitting Brown several times, including a fatal wound to the head.

Wilson told Stephanopoulos he would have acted the same way if circumstances were repeated.

"The reason I have a clean conscience is I know I did my job right," Wilson said, adding that he would have made the same decisions had Brown, who was black, been a white man.

Wilson, who said the incident was the first time he had ever fired his gun in the line of duty, said witness accounts that Brown held up his hands to signal his surrender were "incorrect." He added that he was sorry for Brown's parents that they lost their son.

Additional portions of the interview were scheduled to air later Tuesday on Nightline and Wednesday on "Good Morning America."

The interview's airing comes after a night of sometimes violent confrontation between protesters and authorities in Ferguson and in other cities across the country following the grand jury's decision. Authorities early Tuesday night warned against a repeat of the looting and vandalism that marked Monday's protests in Ferguson, and Missouri Gov. Jay Nixon said more than 2,200 National Guard troops would be in the city to deter violence.