House Democrats expected to release impeachment report as Trump meets with NATO leaders
Democrats on the House Intelligence Committee are expected to release a report Tuesday that will outline and forcefully make their case for impeachment against President Trump. Lawmakers behind closed doors on Monday were getting their first look at the report that will outline possible charges of bribery or “high crimes and misdemeanors,” the constitutional standard for impeachment. House Intelligence Committee Chair Adam Schiff, D-Calif., told MSNBC the report will be released Tuesday. 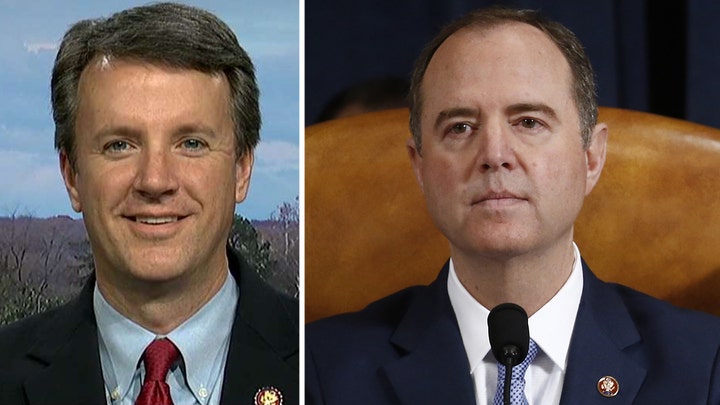 Ahead of the release of the report, House Republicans on Monday put out one of their own. They delivered a point-by-point, 123-page rebuttal to Democrats’ impeachment efforts, claiming that the evidence collected in the inquiry to date does not support the accusations leveled against Trump -- or rise to the level of removal from office. The House Intelligence Committee is set to vote on Democrats’ final report Tuesday before transmitting that document to the Judiciary Committee, which holds its first public hearing Wednesday. 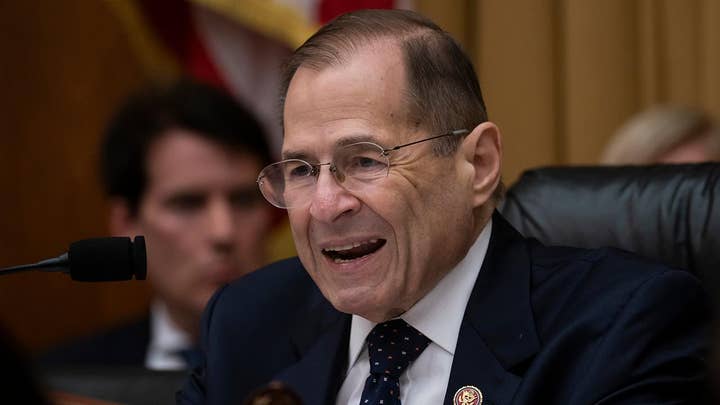 At the center of the impeachment inquiry, which began in September, is Trump’s July 25 phone call with Ukrainian President Volodymyr Zelensky, in which he asked for an investigation into Joe Biden’s efforts to oust a prosecutor who had been looking into Ukrainian natural gas firm Burisma Holdings, where son Hunter Biden served on the board. That call prompted a whistleblower complaint, and, in turn, the impeachment inquiry.

Trump landed in London Monday night for a series of meetings with NATO leaders over the next two days. He accused Democrats of purposely scheduling House Judiciary Committee hearing on Wednesday knowing that he would be out of the country. Trump called Democrats' impeachment efforts a "disgrace" and a "hoax" as he kept tabs on impeachment developments back home. 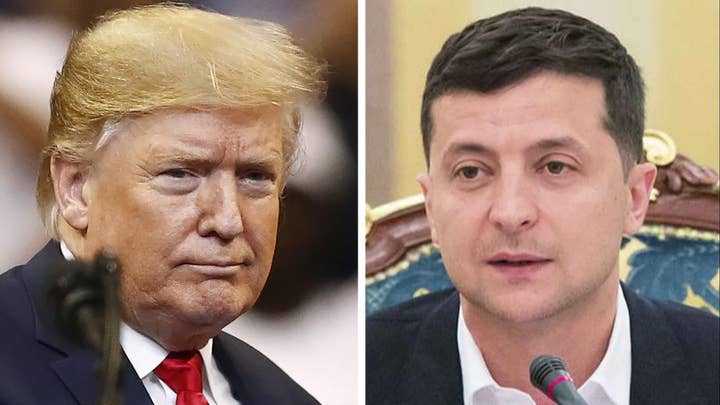 “Prior to landing I read the Republicans Report on the Impeachment Hoax. Great job! Radical Left has NO CASE,” Trump tweeted. “Read the Transcripts. Shouldn’t even be allowed. Can we go to Supreme Court to stop?” 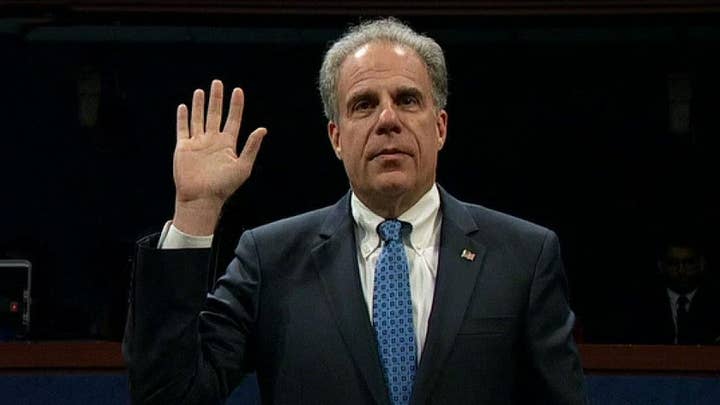 Top Republican urges against speculation after early leaks on FISA report findings
Rep. Mark Meadows, R-N.C., on Monday downplayed leaked reports that said the Justice Department’s inspector general's probe into the start of the FBI's Russia investigation determined that there was enough information to justify the agency's probe into members of the Trump campaign.

Meadows was asked about a report in the Washington Post that said Inspector General Michael Horowitz's report justified the FBI's action at the time. The New York Times, citing two unnamed sources, reported that the findings are expected to contradict some of the theories that President Trump has mentioned. The former chairman of the House's Freedom Caucus said that all the reports are "based on speculation on information which has been leaked."

The reports, if true, would be seen as a potential setback for President Trump, who has insisted that the FBI's investigation was a witch hunt from the beginning and a blatant attempt by Democrats to overthrow his presidency. Click here for more.

Epstein accuser describes her abuse, sex with Prince Andrew in UK interview
Virginia Roberts Giuffre, who claims she was trafficked by convicted pedophile Jeffrey Epstein and forced to have sex with Prince Andrew on three occasions nearly 20 years ago, has shared more details of her story in a shocking interview broadcast Monday. Roberts, now 35, told BBC Panorama in a one-hour sitdown -- reportedly conducted before the broadcaster's interview with Andrew that aired Nov. 14 -- how she first met Epstein. 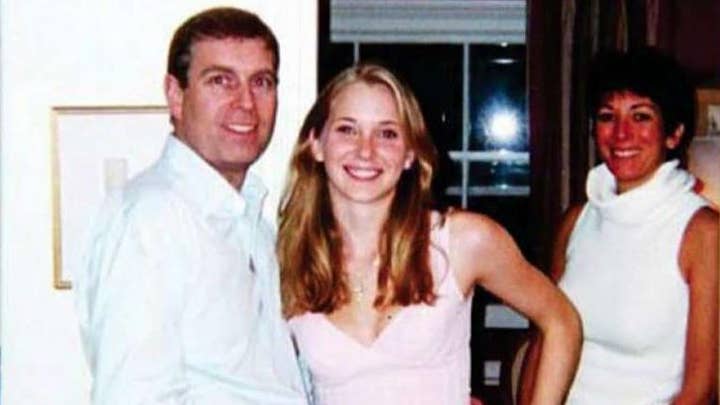 According to Roberts, she was working at Donald Trump's Mar-a-Lago estate as a locker room attendant when she was recruited by Epstein's on-again, off-again girlfriend, Ghislaine Maxwell, to give Epstein massages. Roberts said Epstein began to abuse her after Maxwell began giving her massage lessons. She then detailed her experiences being tracked by the couple, which included a trip to London to meet Andrew, now 59. Click here for more.
.
MAKING HEADLINES:
North Korea warns US will choose its 'Christmas gift' if Trump fails to meet looming nuclear deadline
Blind death row inmate set to die in Tennessee.
ICYMI: Chicago Police Superintendent Eddie Johnson fired by Mayor Lori Lightfoot.
Iran's security forces shot and killed 'rioters' in gas price protests, state TV reports.

THE LATEST FROM FOX BUSINESS
Cyber Monday sets record with $9.2B in online sales.
US proposes tariffs on up to $2.4 billion in French imports.
California's deadliest fire could've been prevented if PG&E did its job: report. 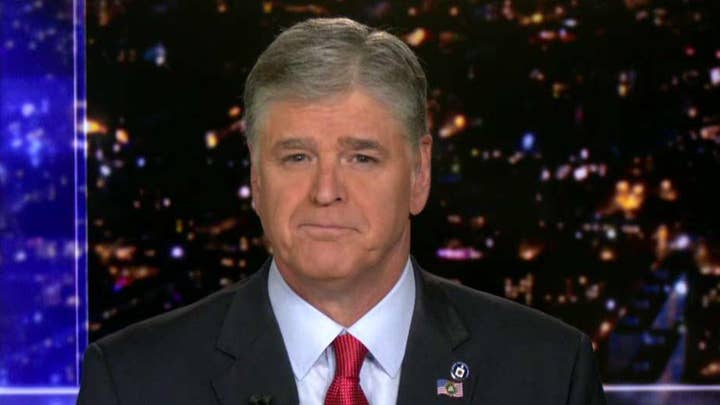 Sean Hannity says pay close attention to how much weight Attorney General William Barr puts on the investigation and final report issued by U.S. Attorney John Durham on the handling of the Russia investigation.