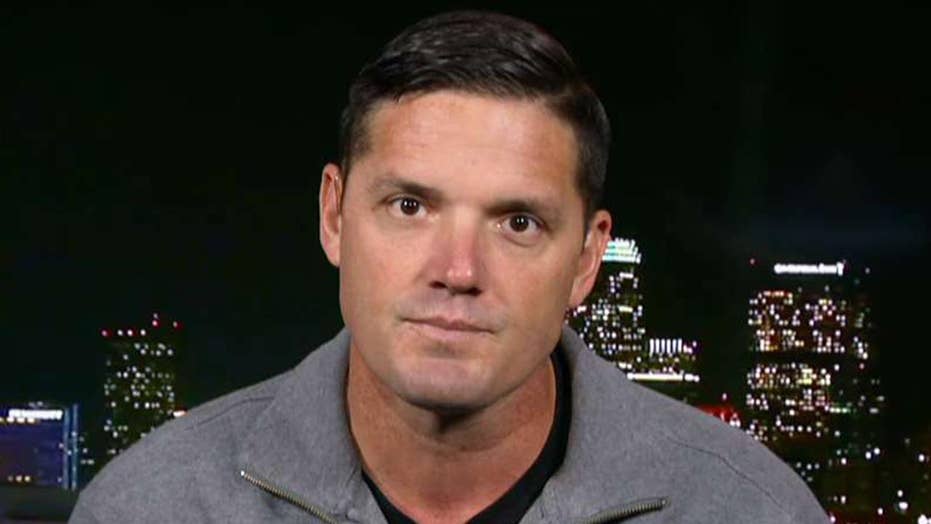 A Marine veteran who served in Iraq and is running for Congress in California called out Colin Kaepernick on Monday for “pulling the racism and victim card.”

Jeremy Staat, who also played in 31 NFL games across four seasons, wrote to supporters in a recent fundraising email that Kaepernick is a "national disgrace and I'm tired of seeing him celebrated like he's a hero."

On Monday, Staat told “Fox & Friends that “[Kaepernick] knew what he was getting into when he decided to kneel and now he’s going to go ahead and capitalize" on his decision. He accused the former NFL quarterback of "essentially extorting the black community and using Nike as his little shiny horse, if you will, to ride in on."

Staat’s comments came after Kaepernick spoke at the "Indigenous People's Sunrise Ceremony” also known as "Unthanksgiving," on Alcatraz Island in San Francisco. The event is intended to celebrate the 50th anniversary of Native Americans occupying the famous island, which previously served as the site of a federal prison. The protest, which began on November 20, 1969, lasted 19 months.

"Spent the morning at the Indigenous People’s Sunrise Ceremony on the 50 year anniversary of the Occupation of Alcatraz," Kaepernick tweeted on Thanksgiving day.

"The US government has stolen over 1.5 billion acres of land from Indigenous people. Thank you to my Indigenous family, I’m with you today and always."

Kaepernick is no stranger to controversy and has been out of the NFL since the 2016 season. He started a national firestorm when he decided to kneel during the national anthem before games to raise awareness about perceived social injustices across the U.S.

He accused NFL owners in a grievance of blackballing him from the league because of the anthem protest, but the two sides settled earlier this year.

Staat, who is running for Congress as a Republican in California’s 8th district, said that he is tired of veterans being treated as second-class citizens and that, instead of attacking law enforcement like Kaepernick, he wants to be part of the solution by helping President Trump in Congress.

"If you want to be part of the solution, go out and find ways to make the problem better. Don't go out and attack individuals who are just doing their jobs," he said, adding that he wants to reform the V.A. but is not going to "attack" doctors and nurses at V.A. hospitals.

Staat played alongside the late Pat Tillman at Arizona State before playing for the Pittsburgh Steelers from 1998 to 2000. The former defensive end joined the Marine Corps in 2006 and deployed to Iraq the following year.