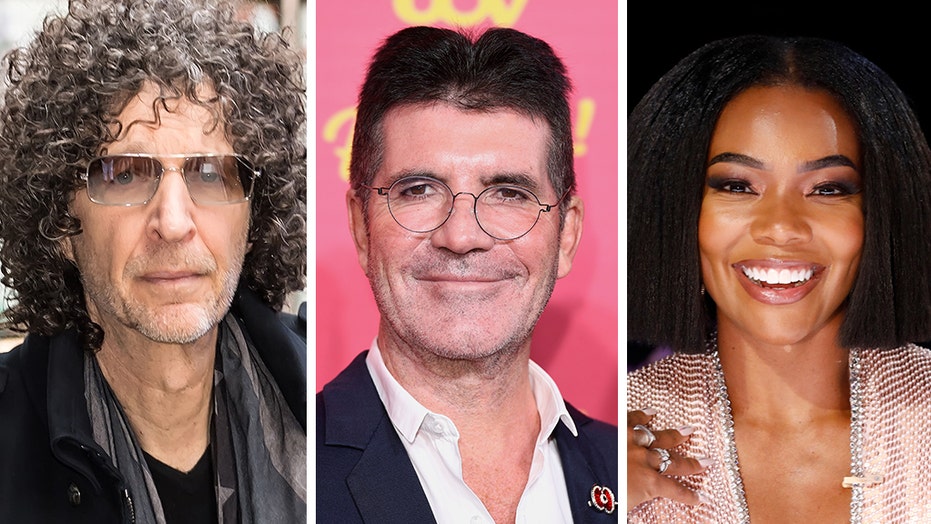 Howard Stern has offered his insight into the recent departures of Gabrielle Union and Julianne Hough as judges on NBC’s “America’s Got Talent.”

Speaking on his SiriusXM show on Monday, the radio powerhouse made no mistake about who he felt should take the heat for the kerfuffle, pointing to “AGT” creator-producer and judge Simon Cowell.

He further alleged that Cowell "replaces the hot chicks with hotter chicks and younger chicks."

A rep for Cowell did not immediately respond to Fox News' request for comment.

Mandel is currently the longest-tenured judge on “AGT,” having joined the program in 2010. Stern served as a judge on the talent competition show for four seasons before exiting in 2015. Before the arrival of Union and Hough, “Spice Girls” singer Mel B and model Heidi Klum were on the judging panel from seasons eight through 13.

GABRIELLE UNION SPEAKS OUT AMID CONTROVERSIAL DEPARTURE FROM 'AGT'

News of Union’s departure, initially reported by Variety last week, alleged that Union was subject to various racially-motivated criticisms, including over her many hairstyle changes, which were perceived as “too black” for “AGT's” core demographic. Union reportedly received that critique more than half a dozen times.

JAY LENO SPEAKS OUT ON COLLEGE ADMISSIONS SCAM, CALLS IT THE 'LEGAL DEFINITION OF WHITE PRIVILEGE'

Union allegedly urged producers to report the incident to NBC’s human resources department — however her pleas fell on deaf ears.

"Let’s go on record as telling people that one million dogs are still eaten annually in South Korea, and if Gabrielle Union wants to effect positive change, maybe focus on the horrors of Korean dog farms and let the old irrelevant comic live in peace," Stern said. "She wants Jay beaten in the streets. I think maybe Jay makes a point."

In the wake of an NBC-issued statement to People magazine about Union’s exit, the “LA’s Finest” star responded to a tweet from a journalist that criticized the statement made by production company Fremantle, NBC and Cowell’s own production arm, Syco Entertainment and listed what a “solid apology” should consist of.

“A solid apology comes in three parts. 1. Sincerely admit wrong doing [sic] directly to the offended party. 2. Be twice as loud correcting your mistake as you were making the mistake. 3. Lay out steps to correct your behavior in the future. Anything less is covering your own a--,” the tweet read — to which Union responded, “This! This! AND THIIISSSSSSS!!!!!!”

Production company Fremantle, NBC and Simon Cowell’s production company, Syco Entertainment, told People last Friday: “'America’s Got Talent’ has a long history of inclusivity and diversity in both our talent and the acts championed by the show.”

“The judging and host line-up has been regularly refreshed over the years and that is one of the reasons for AGT’s enduring popularity," the statement continued. "NBC and the producers take any issues on set seriously."