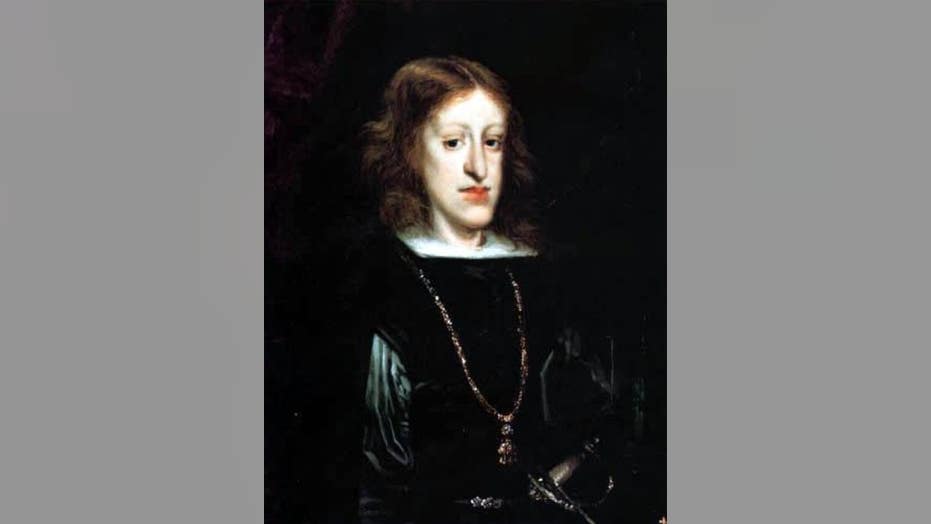 A facial deformity known as "Habsburg jaw," famously noted in the Habsburg dynasty of Spanish and Austrian royals, can be attributed to inbreeding.

According to a new study published in the Annals of Human Biology that looked at facial deformities and investigated the possibility of a genetic basis for them, the unique chin is a result of generations of intermarriage.

"The Habsburg dynasty was one of the most influential in Europe, but became renowned for inbreeding, which was its eventual downfall. We show for the first time that there is a clear positive relationship between inbreeding and appearance of the Habsburg jaw," said lead researcher Professor Roman Vilas from the University of Santiago de Compostela in a statement.

Researchers recruited 10 maxillofacial surgeons to diagnose facial deformity in 66 portraits of 15 members of the Habsburg dynasty. The surgeons were able to diagnose 11 features of mandibular prognathism, also known as "Habsburg jaw," as well as seven of maxillary deficiency, most recognized by a prominent lower lip and overhanging nasal tip.

The Habsburgs continuously occupied the throne of the Holy Roman Empire from 1438 until the dynasty's extinction in the male line in 1740. The last Habsburg king of Spain, Charles II, died in 1700. The dynasty's Austrian line continued through the end of World War I, when Emporer Karl I renounced control over state affairs.

According to a press release, the study found a correlation between the two conditions, suggesting that "Habsburg jaw" is characterized by both and that they share a common genetic basis.

Although the causes of the relationship between inbreeding and facial deformity are not clear, the scientists suggest it is because mating between relatives causes an increase in the chances that offspring will inherit identical forms of a gene from both parents. That reduces peoples' genetic fitness.

"While our study is based on historical figures, inbreeding is still common in some geographical regions and among some religious and ethnic groups, so it's important today to investigate the effects," says Vilas. "The Habsburg dynasty serves as a kind of human laboratory for researchers to do so, because the range of inbreeding is so high."