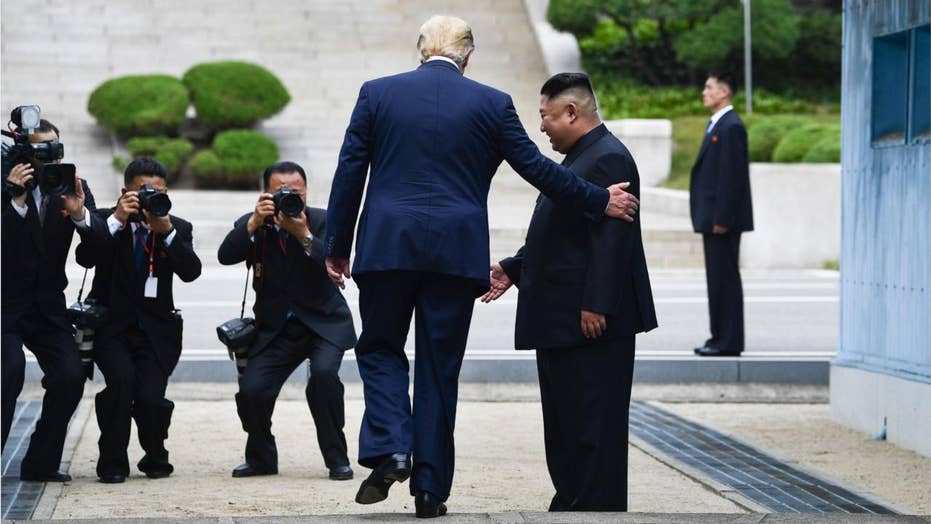 The North Korean foreign ministry said on Tuesday that Washington would decide what “Christmas gift” it would receive if the United States fails to change its “hostile policies” on denuclearization before the end of the year, according to the state-run Korean Central News Agency.

Ri Thae Song, North Korea’s vice minister of foreign affairs in charge of relations with the United States, warned of an approaching end-of-year deadline, saying that President Trump’s recent calls for more talks is “nothing but a foolish trick hatched to keep the DPRK bound to dialogue and use it in favor of the political situation and election in the U.S.,” Reuters reported.

He referred to North Korea by the initials of its formal name, the Democratic People’s Republic of Korea.

“The DPRK has done its utmost with maximum perseverance not to backtrack from the important steps it has taken on its own initiative,” Ri said in his statement. “What is left to be done now is the U.S. option and it is entirely up to the U.S. what Christmas gift it will select to get.”

North Korea has been ramping up missile tests and other military demonstrations in recent months in an apparent pressure tactic over the talks. Negotiations have faltered since a February summit between Kim Jong-un and Trump in Vietnam which broke down after the U.S. rejected North Korean demands for broad sanctions relief in exchange for a partial surrender of its nuclear capabilities.

Kim later issued his end-of-year deadline and has also said the North would seek a “new path” if the U.S. persists with sanctions and pressure. Working-level talks last month in Sweden broke down over what the North Koreans described as the Americans’ “old stance and attitude.”

On Tuesday, Ri did not clarify what he meant by a “Christmas gift,” but a Reuters breaking news editor speculated on Twitter that North Korea could be threatening a satellite launch, an outright ICBM test, a SLBM test far from Korean Peninsula or a nuclear test.

In a November 18 statement, Foreign Ministry adviser Kim Kye Gwan suggested North Korea had no interest in meeting with Trump at another summit unless the U.S. offered substantial concessions before the deadline. The statement issued through KCNA came in response to a tweet from Trump that urged Kim to “act quickly, get the deal done” and hinted at another summit between them, saying “See you soon!”

“Three rounds of DPRK-U.S. summit meetings and talks were held since June last year, but no particular improvement has been achieved in the DPRK-U.S. relations,” the statement began. “The U.S. only seeks to earn time, pretending it has made progress in settling the issue of the Korean Peninsula.”

“We are no longer interested in such talks that bring nothing to us. As we have got nothing in return, we will no longer gift the U.S. president with something he can boast of, but get compensation for the successes that President Trump is proud of as his administrative achievements.”