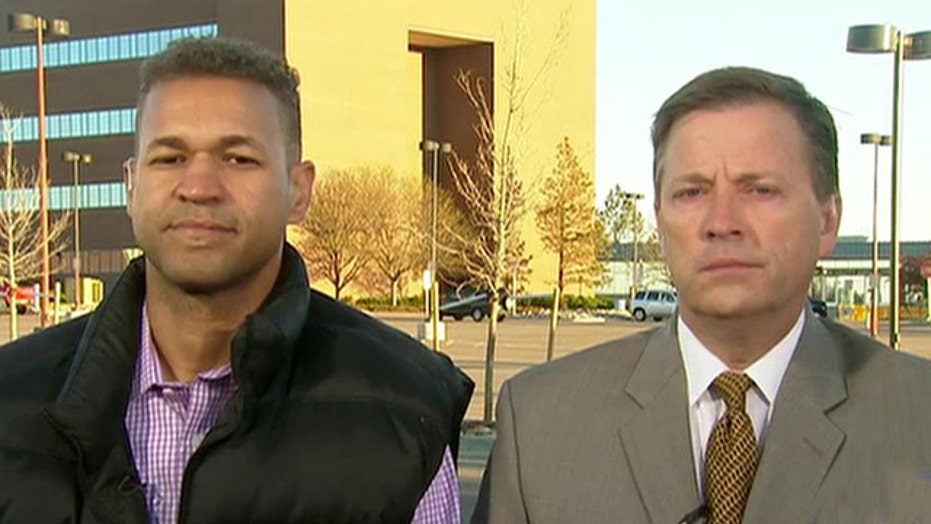 CENTENNIAL, Colo. – One after another, they told their gripping, heart-breaking stories to a jury: A bullet-riddled woman urging her husband to save himself and their son because "I'm ready to die here." A police officer rushing a dying 6-year-old girl to an ambulance. A young wife who saw her husband's bloody face and thought he wouldn't live to hold the baby she was carrying.

Prosecutors called 10 witnesses Tuesday in the trial of Colorado theater shooter James Holmes, and they created a powerful image of the carnage and grief left behind after the July 20, 2012, assault on a suburban Denver movie theater.

One juror wept, and in the gallery, spectators buried their heads in their hands or shook with silent sobs.

Holmes' attorneys didn't ask a single question in cross-examination — perhaps not hoping to drag out the gruesome details a minute longer than necessary. In opening statements the day before, they had acknowledged that he was the killer, and that the attack was horrific, but they said schizophrenia had taken over his mind and compelled him to kill.

Holmes pleaded not guilty by reason of insanity to charges of killing 12 people and injuring 70. His attorneys hope to convince the jury he didn't know right from wrong at the time of the massacre and should be committed indefinitely to the state mental hospital.

Prosecutors aim to convince the jury Holmes knew what he was doing was illegal and immoral and should be sentenced to die. But rather than attacking the insanity claim, they launched their case with devastating accounts from people who lived through the nightmare. Among their stories:

Rita Paulina, her husband and son decided to make a run for safety even amid the gunfire. They headed for a door when she saw a man standing in their path, holding "something long" in the darkness. "I told my son to go back," she said. They headed for a rear exit, but bullets tore into her arm and leg and she fell to floor. "I told my husband, 'Just leave me here.... I'm ready to die here." He refused and hoisted her onto his back, carrying her outside. She lay back and closed her eyes, and heard her teenage boy ask if she was dead. "I told my son no, I was praying to God."

'I REALIZED THAT SHE WAS GONE'

Aurora police Sgt. Michael Hawkins heard about the shooting over his police radio and barreled to the scene at 100 mph. Inside the Century 16, another officer summoned him to a tier of seats where 6-year-old Veronica Moser-Sullivan lay, shot in her abdomen. Hawkins picked her up and ran out the front of the theater, the crowd parting when they saw the child. "They all let out a scream," he said. Then he felt her go limp. "I looked down at her and realized she was gone," Hawkins said, his strong, clear voice fading to a grieving whisper. She was the youngest to die that night.

'I TOLD HIM THAT I LOVED HIM'

As Holmes fired a shotgun into the audience, Katie Medley squeezed her body to the floor, desperate to protect the baby she was about to deliver. She looked up and saw her husband, Caleb, an aspiring stand-up comic, still in his seat. "That's when I saw blood pouring from his face and I knew he'd been shot in the head," she remembered. She decided make a run for it to try to save their baby. She took Caleb's hand, thinking she'd never again see him alive, and felt him squeeze hers back. "I told him that I loved him and that I would take care of our baby if he didn't make it," she said. She later gave birth to a healthy son, Hugo, now 3. Caleb survived, but he lost an eye and was left unable to walk and barely able to speak.