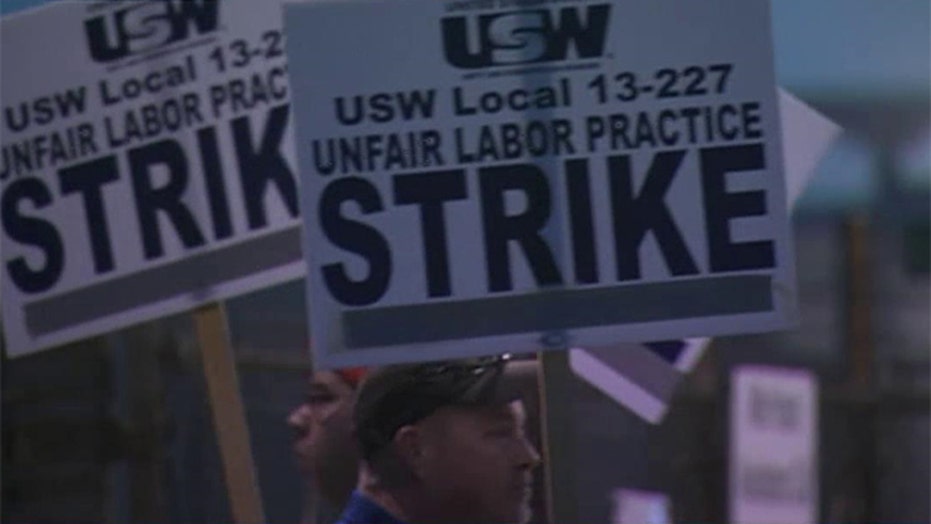 Just when gas prices began slipping below $2 a gallon, a new issue is threatening to bring back pain at the pump.

Members of the United Steelworkers Union at refineries that produce nearly 10 percent of U.S. gasoline, diesel and other fuels, were on strike for a second day on Monday as they pushed for a new national contract with oil companies covering laborers at 63 plants, The Wall Street Journal reported. If a new deal isn't reached and the strikes continue, drivers at the pump could take a hard hit.

"You can forget about $2 gasoline."

"You can forget about $2 gasoline," Carl Larry, director of oil and gas at consulting firm Frost & Sullivan, told the newspaper. "It’s going to be a big deal. People are going to be freaked out."

After contract negotiations broke down over salaries and safety, USW told its members at nine refineries and chemical plants to walk out until a new deal is settled, according to the newspaper. The strike, which affects 3,800 workers, began on Sunday.

Reuters reported that the walkouts were the first in support of a nationwide pact since 1980 and targeted plants with a combined 10 percent of U.S. refining capacity.

Companies affected by the strike, including Royal Dutch Shell, Tesoro, Marathon and LyondellBasell Industries, vowed to keep plants operating under contingency plans such as using nonunion labor, according to The Journal.

One refinery, however, was being shut down. Tesoro's Martinez, Calif., refinery, was being closed during the strikes because of planned maintenance work, Reuters reported.

Gas prices had been falling for more than six months, as the price of a barrel of oil plunged from more than $100 to about $40. A variety of factors were credited for the price drop, including a huge rise in U.S. production and Saudi Arabia's refusal to lower production to boost prices.

Bloomberg reported that oil was poised to rise again Monday, after surging more than 8 percent on Friday. It had previously fallen to its lowest point in almost six years.