Attorney General William Barr smiles as he waits for President Donald Trump to speak at the 2019 Prison Reform Summit and First Step Act Celebration in the East Room of the White House in Washington, Monday, April 1, 2019. (AP Photo/Andrew Harnik)

BARR EXAM: Attorney General William Barr is expected to be grilled by Democratic lawmakers about his plan to release a redacted version of the Mueller report instead of the full report, to the public and will likely have to defend his handling of the special counsel's Russia investigation when he appears on Capitol Hill in the first of two days of testimony on Tuesday ... Barr will first testify before the House Appropriations Commerce, Justice, Science, and Related Agencies Subcommittee, whose panel consists of seven Democrats and four Republicans and is chaired by Rep. José Serrano, D-N.Y.

On Wednesday, Barr will be on the hot seat before a subpanel of the Senate Appropriations Committee, chaired by Sen. Lindsey Graham, R-S.C. Lawmakers may also question Barr about the Justice Department's legal challenge to ObamaCare.

Sen. Chuck Grassley, R-Iowa, said Monday that Democrats pushing for the release of Mueller's full report should also insist on making public all information related to the Justice Department's investigation into Hillary Clinton's use of a private email server while secretary of state and other controversies dating back to the Obama administration 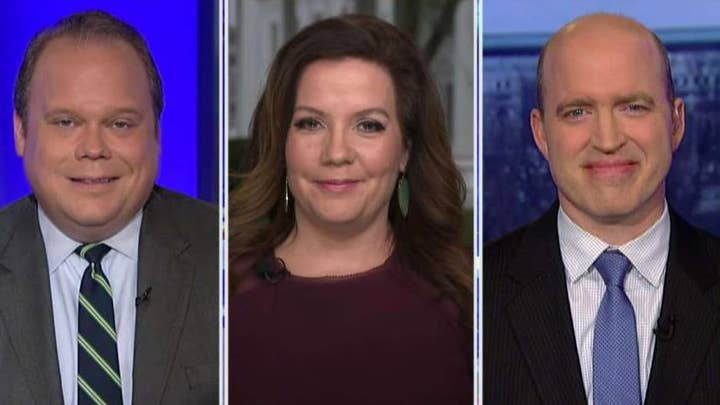 THE ROOT OF THE IMMIGRATION CRISIS: Now that Kirstjen Nielsen is out as Homeland Security Secretary and President Trump has replaced her with a "tough cop" in U.S. Customs and Border Protection (CBP) Commissioner Kevin McAleenan as acting secretary, there is debate over whether the shakeup will make any difference is combating the illegal immigration crisis at the border ... On "Special Report" Monday, the Federalist's senior editor Mollie Hemingway noted that while Nielsen stepped down, the problem wasn’t her performance of her job but the performance of Congress and its inability to address policies that “incentivize” human trafficking. (Click on the video above to watch the full segment.)

NUNES TARGETS NEWS AGENCY: House Intelligence Committee ranking member Devin Nunes filed a $150 million lawsuit against the McClatchy Company and others on Monday, alleging that one of the news agency's reporters conspired with a political operative to derail Nunes' oversight work into the Hillary Clinton campaign and Russian election interference ... The filing, obtained by Fox News, came a day after Nunes, R-Calif., revealed he would send eight criminal referrals to the Justice Department this week concerning purported surveillance abuses by federal authorities during the Russia probe, false statements to Congress and other matters. In March, Nunes filed a similar $250 million lawsuit alleging defamation against Twitter and one of its users, Republican consultant Liz Mair.

RUSSIA COLLUSION TRUE BELIEVER JOINS CROWDED 2020 DEM FIELD: Rep. Eric Swalwell, D-Calif., an outspoken critic of President Trump, officially entered the 2020 White House race during his Monday appearance on “The Late Show with Stephen Colbert"... The 38-year-old four-term congressman is a member of the House Judiciary Committee and the House Intelligence Committee, which for years has made headlines over its investigations of Russian influence in U.S. elections and federal surveillance.

NETANYAHU AWAITS HIS WAIT IN ISRAELI ELECTION: Voting has begun in the Israeli elections as the country decides whether longtime Prime Minister Benjamin Netanyahu remains in power ... Polling stations opened at 7 a.m. local time Tuesday, with exit polls expected at the end of the voting day at 10 p.m. Clouded by a series of looming corruption indictments, Netanyahu is seeking a fifth term in office, which would make him Israel's longest-ever serving leader. He faces a stiff challenge from retired military chief Benny Gantz, whose Blue and White party has inched ahead of Netanyahu's Likud in polls. - The Associated Press

HUFFMAN PLEADS GUILTY IN COLLEGE ADMISSIONS SCANDAL -- BUT WHAT ABOUT 'AUNT BECKY'? - Former "Desperate Housewives" star Felicity Huffman agreed Monday to plead guilty in the college admissions cheating scandal that has entangled wealthy parents throughout the country ... However, one name that was noticeably absent from the list of 14 defendants who agreed to enter guilty pleas was fellow actress Lori Loughlin – a risk that may hurt the “Fuller House” star's chances of cutting a favorable deal down the line, according to a former prosecutor. Click here to find out why.

VIRGINIA, NCAA CHAMPIONS: Now that, Virginia, is the way to close out a season. Led by De'Andre Hunter and his NBA-ready game, the Cavaliers turned themselves into national champions Monday night, holding off tenacious, ferocious Texas Tech for an 85-77 overtime win ... It was a scintillating victory that came 388 days after Virginia became the first No. 1 seed to lose to a 16th seed team. 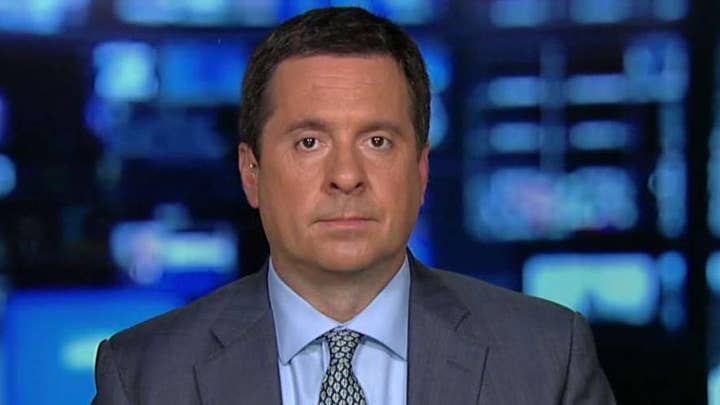 NUNES' MISSION - "I’m coming to clean up all the mess. So if you’re out there and you lied and you defamed, we’re going to come after you."– U.S. Rep. Devin Nunes, House Intelligence Committee ranking member, in an interview on "Hannity," explaining his lawsuit against the McClatchy Company. (Click the image above to watch the full video.)

MINDING YOUR BUSINESS
10 cities in danger of a housing crash this year.
Howard Schultz: Capitalism crybabies haven’t made payroll, hired workers.
CVS, Aetna deal reversal would be 'catastrophic' to the industry: Judge Napolitano.

#TheFlashback
2003: Iraqis celebrate the collapse of Saddam Hussein's regime, beheading a toppled statue of their longtime ruler in downtown Baghdad and embracing American troops as liberators.
1913: The first game is played at Ebbets Field, the newly built home of the Brooklyn Dodgers, who lose to the Philadelphia Phillies, 1-0.
1865: Confederate Gen. Robert E. Lee surrenders his army to Union Lt. Gen. Ulysses S. Grant at Appomattox Court House in Virginia.