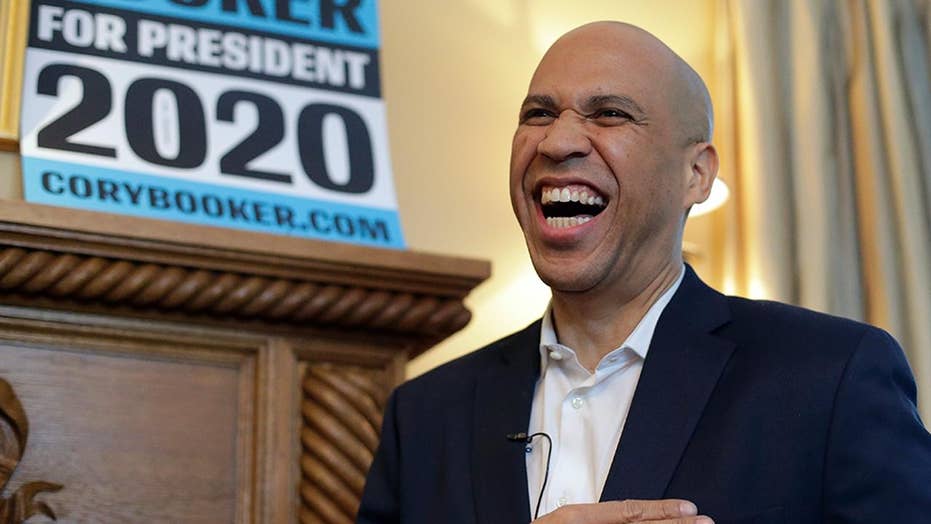 What to know about Democratic presidential candidate Sen. Cory Booker (D-NJ), the issues he's advocating and some past statements he'll have to overcome.

Sen. Cory Booker on Monday introduced a bill that would study the possibility of reparations for descendants of slaves, embracing a push that recently has caught the interest of fellow 2020 Democratic presidential candidates.

The senator from New Jersey said Monday that “this bill is a way of addressing head-on the persistence of racism, white supremacy, and implicit racial bias in our country. It will bring together the best minds to study the issue and propose solutions that will finally begin to right the economic scales of past harms and make sure we are a country where all dignity and humanity is affirmed.”

The measure is a Senate companion to a bill introduced in the House of Representatives in January by Rep. Sheila Jackson Lee of Texas, which if passed into law would set up a commission to study the impact of slavery and continued discrimination against black Americans and make recommendations on reparation proposals for the descendants of slaves. The legislation was first introduced 30 years ago by then-Rep. John Conyers of Michigan.

“Since slavery in this country, we have had overt policies fueled by white supremacy and racism that have oppressed African-Americans economically for generations,” Booker added. “Many of our bedrock domestic policies that have ushered millions of Americans into the middle class have systematically excluded blacks through practices like GI Bill discrimination and redlining.”

Several of them were asked specifically about Jackson Lee's reparations bill during a conference last week of Al Sharpton's National Action Network.

OCASIO-CORTEZ CALLS FOR 'AGENDA OF REPARATIONS'

The push by the Democratic White House hopefuls points to the further importance of race and identity issues within the party. Yet while supporters say reparations are needed to address slavery and racist aspects of American history, critics claim such a move could cost several trillion dollars without solving the issue of racism.