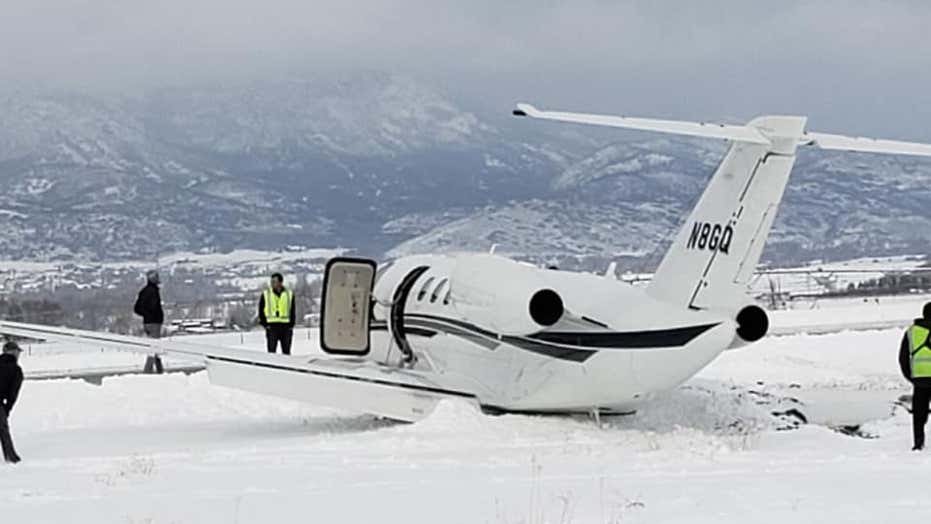 A twin-engine plane slid off the runway at Utah’s Heber City Municipal Airport on Thursday morning, prompting the facility to close for the remainder of the day.

Local officials and emergency personnel responded at the scene shortly after 10 a.m. Wasatch County Fire initially blamed the incident on “a patch of ice” on the runway.

“No injuries and no fuel spill. There was damage only to the landing gear,” fire officials wrote on social media.

The plane’s three occupants were uninjured, according to Gephardt Daily.

The aircraft itself suffered only minor damage to the landing gear, a public information officer for Wasatch County Fire told KPCW.

“When we arrived, everybody was out of the airplane there were no injuries,” Public Information Officer Janet Carson told the outlet. "The only damage they found to the plane is a little bit of damage to the landing gear.”

Carson also confirmed no fuel leak and no “hazardous or dangerous” materials coming from the aircraft. She added that the airport had arranged for a crane to come remove the plane.

A representative for the airport was not immediately available to confirm when the airport reopened.