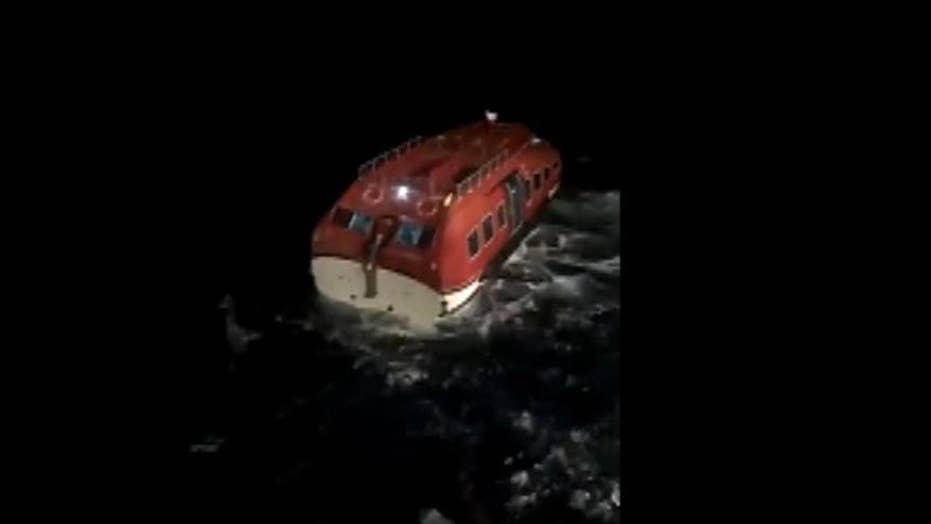 A Norwegian Cruise Liner sailing to the Caribbean and Mexico from Florida stopped almost as soon as it departed on Sunday to rescue four distressed Cuban nationals spotted in the middle of the ocean, a representative for the cruise liner confirmed to Fox News.

According to a passenger on Twitter, the men were spotted by others on board by a “flash in the middle of the ocean.”

“I am currently on Norwegian Getaway and some passengers noticed a flash in the middle of the ocean," the passenger, who goes by Pico on Twitter, wrote. "They then told the cruise workers and they stopped and it turned out to be four people from Cuba which they rescued."

He later shared footage of what he believed to be the people rescued, and claimed they were wearing Norwegian Cruise Line staff uniforms.

A representative for the cruise line told Fox News the men were immediately taken to the ship’s medical facility for care.

“The individuals, who are Cuban nationals, were safely brought on board, immediately taken to the ship's medical facility for evaluation and provided with clothing and food. The Bahamas Maritime Authority and the U.S. Coast Guard were notified by the ship's Captain, who was advised to disembark the rescued individuals at the next port of call in Costa Maya, Mexico on September 4.”

The liner praised the crew for the rescue mission.

“We are very proud of our team for executing a successful rescue of these individuals.”

The ship reportedly continued on its seven-day journey, arriving at Costa Maya, Mexico, on Tuesday before departing for Belize the next day.

It is currently unknown how the men came to be stranded in the ocean.