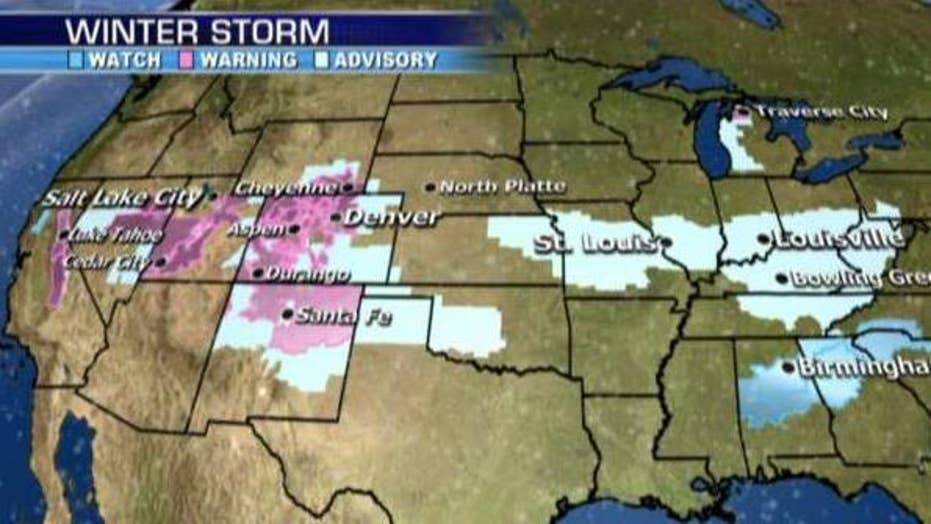 Delta Air Lines and Southwest have cancelled hundreds of flights as Winter Storm Helena continues to spread across the Southeast.

According to Weather.com, conditions are likely to get worse with more snow and ice expected to move up the coast over the weekend.

NO FLY ZONE: BEST DATES TO AVOID AIR TRAVEL IN 2017

On Friday, Delta tweeted that it had cancelled 350 flights and issues travel waivers for those flying Saturday, Jan. 7.

Southwest Airlines, which also operates thousands of flights throughout the Southeast, issued a travel advisory for customers flying Jan. 6 through several cities-- including Albuquerque, Dallas, Memphis, and Oklahoma City-- and indicated those who rebook will not be subject to the usual change fee.

"Customers who are holding reservations on Friday, January 6, 2017, and want to alter their travel plans may rebook in the original class of service or travel standby (within 14 days of their original date of travel between the original city-pairs and in accordance with our our accommodation procedures) without paying any additional charge," says the airline.

According to FlightAware.com, 175 flights departing Atlanta's Hartsfield-Jackson International had been cancelled and 135 had been delayed as of Friday afternoon.

In addition to flight delays, Amtrak has issued revised schedules for trains operating on Saturday due to severe winter weather expected in Virginia and North Carolina. Several trains have been rerouted and may only go as far south as Washington, D.C. due to avoid Helena related weather complications.