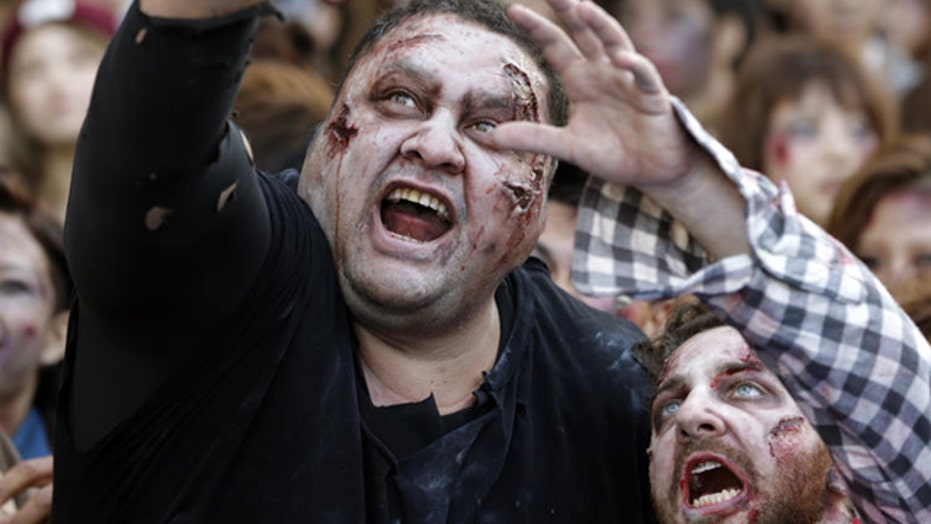 Are zombies a real threat? The LAPD's answer may surprise you.

The Los Angeles Police Department made a PSA using zombies, meant to teach you how to protect your valuable belongings. With common sense quotes like, “Put your stuff away. Guard your stuff. Lock your stuff,” it's unclear if we should be saying thank you or be screaming mad. Keep the acting to the pros, guys.

Online game service Steam just set a record: There were a whopping 7 million users logged on at the same time. Now that’s a lot of video game enthusiasts -- or is it? According to Engadget.com, “Whether that number holds any meaning is hard to deduce. Is this indicative of a surge in PC gaming? We'd need way more stats to make that kind of claim.” Whatever the reason, the Steam surge is certainly impressive.

Finally, if you're a holiday buyer on a budget, Mashable has a list of 15 gadgets under $15. Highlights include the Grippy Pad, a $12 dollar silicone pad that attaches to your dashboard and allows easy access to your phone while driving, and the Bike Spokelit, an LED light that clips to your bike wheels so drivers will see you pedaling down the road.