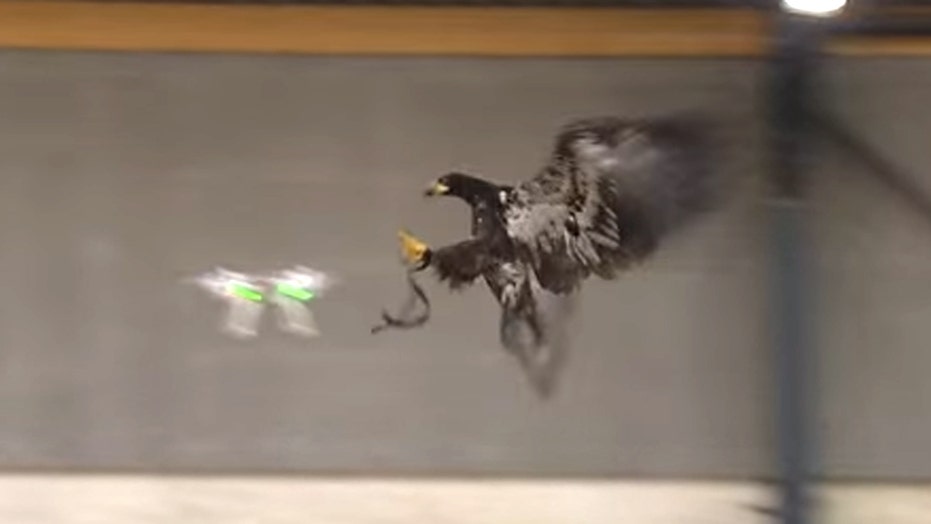 Watch a police eagle take down a drone

Police in Holland are touting a unique anti-drone weapon – a specially trained eagle.

The Dutch National Police have trained an eagle to take down Unmanned Aerial Vehicles (UAVs), as revealed in a video posted to YouTube Sunday.

The video, which is in Dutch, shows an eagle swooping to grasp a small commercial drone in its talons before landing with its ‘prey’.

A quadcopter drone that crashed onto the White House grounds last year highlighted the growing security threat posed by small UAVs. The White House incident came less than two weeks after a drone flew over the French presidential palace in Paris.

Drones, thanks to their small size and ability to hover low over the ground, can pose a huge security headache, experts have warned.

Technologies touted to combat UAVs include a new breed of ‘interceptor’ drones. Michigan Tech University, for example, has developed an anti-UAV octocopter that uses a net to disable smaller drones.

The U.S. military is also ramping up its anti-drone efforts. In 2014, for example, the Office of Naval Research announced plans to build a laser weapon to shoot down drones.

Last year Boeing demonstrated a laser cannon that could be used to destroy drones.