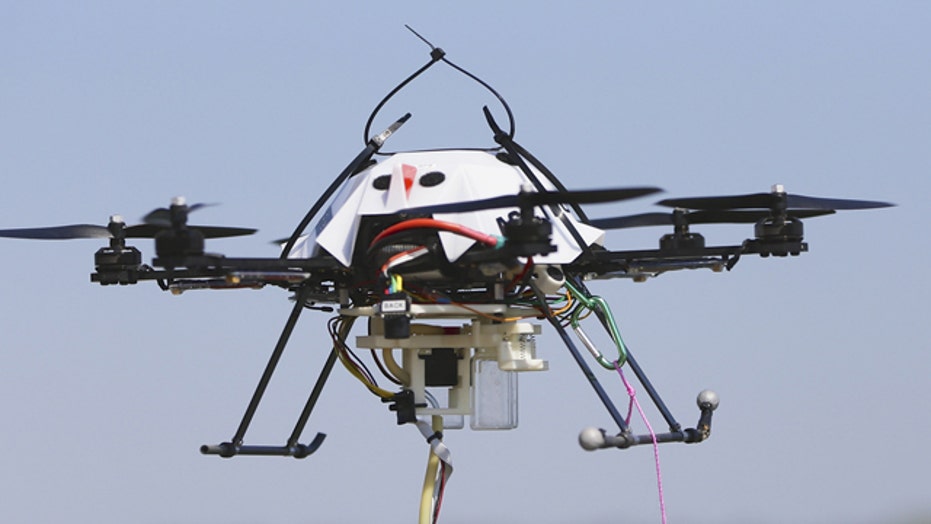 The Federal Aviation Administration‘s decision to allow four companies to fly commercial drones has the private sector buzzing over the possibility of expanded commercial drone flights in the near future.

One of the companies, Clayco, is planning to use California-based drone startup Skycatch to fly multi-rotor drones to survey its construction sites.

Skycatch’s Head of Policy Gabriel Dobbs told FoxNews.com “this is a fantastic sign for all the players in the commercial UAV [unmanned aerial vehicle] industry.”  Dobbs is in charge of working with federal agencies in the U.S. and abroad to craft policy for the next generation of UAVs.

"We’re going to see this commercial market explode in the United States within the next year."

Dobbs’ company has been working with the FAA for nearly two years to get approval. Before this announcement, he saw a “huge bottleneck in the official use of drones in the U.S. because of the FAA's current ban on commercial drones and pending regulations.”

He added, “in spite of the regulatory obstacles, the future of drones is clearly bright … this new technology is simply too great for regulators to contain.”

While Skycatch provides the drones, its clients will operate the devices. “We go on site, we help with the training, but we’re going to see this commercial market explode in the United States within the next year,” he said.

To gain this exemption, Skycatch drones must fly no higher than 400 feet. “The exemption is nationwide which gives us flexibility to work on construction and other industrial sites around the country … but you do work with local air traffic control if you are close to an airport … the FAA will always be informed of our operations,” Dobbs said.

Companies like Amazon are looking to develop home delivery drones.

Dobbs, however, doesn't expect to see the home delivery drones anytime soon. "That's more of a PR gimmick these days, it will take some time before that's viable … but down the road, if the technology evolves and the regulations are right, we could see this become a viable use.”