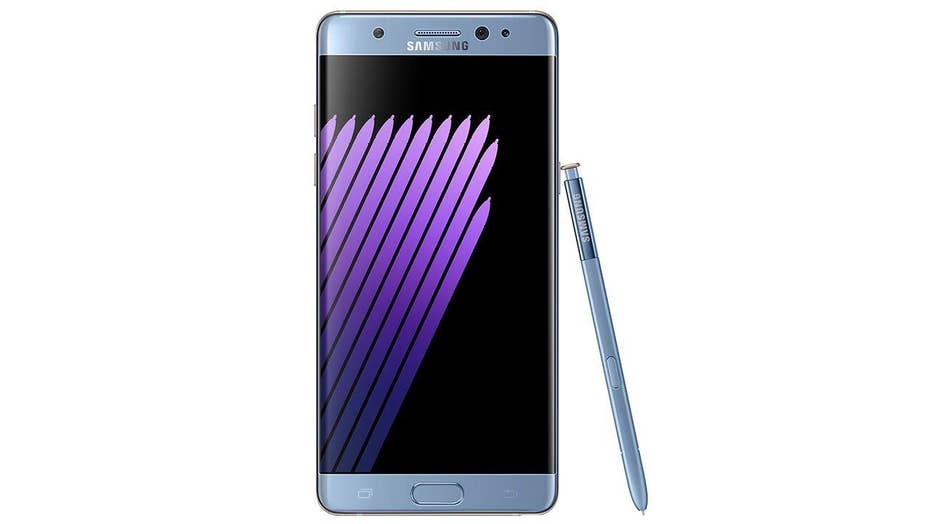 The Galaxy Note 7 is done. Kaput. Samsung chased its obsession with Apple's design language right into a garbage fire. But the very fact that Samsung is so crazed about Apple—to the exclusion of every other company making phones—highlights the unhealthy duopoly on high-end smartphone sales in the US.

Ultimately, the Galaxy Note 7's doom comes down to physics. If the problems with the new units are the same as the old ones, it's just too difficult to fit a battery cell with the capacity Samsung sought into the space Samsung provided for it.

But it's worth asking why Samsung was trying so hard to squeeze so much power into so little space. I think the answer comes down to some numbers I keep citing from Bay Street Research: 91 percent of smartphones sold in the US on the most profitable service plans, known as postpaid plans, are Samsung or Apple devices.

I reel, daily, from those implications, and the US's distorted mobile phone sale landscape. While other manufacturers do well in the prepaid space—with carriers like TracFone, Cricket, and MetroPCS (that's almost all of Alcatel and ZTE's business)—the top of the market is a rigid duopoly of two companies that chase each other constantly. (If you're curious about unlocked smartphone sales, they're only about 10 percent of our market.)

Apple and Samsung keep making mistakes chasing each other, too. Sometimes it seems like all smartphone design is led by the personal fixations of Jony Ive, Apple's iconic designer. For the past few years, he's been obsessed with making phones thinner, at almost any cost.

Apple responded to Samsung's introduction of premium, large-screen Galaxy Note phones with the iPhone 6 Plus. But to make a large-screen phone as thin as Ive's team wanted it, Apple left the device susceptible to bending and to losing connection to its touch-screen controller, which is now known as "touch disease."

Samsung, meanwhile, seems to have reacted with absolute terror to the iPhone 6 Plus. Before Apple went big, the Galaxy Note line was a set of plastic-clad modular workhorses. Then Apple started selling big phones and Samsung went nuts. The Galaxy Note 5 threw away the line's expandable memory and removable battery so the phone could be a slim unibody.

And then came the Galaxy Note 7, where Samsung attempted to make something apparently physically impossible: a slim, expandable, quad-HD device with no bezels and the biggest battery possible. By obeying the slim-before-everything mantra, Samsung chased Jony Ive into the abyss.

But the two companies never seem to get punished when it comes to sales. Or rather, failures from one accrue only to the other, and not to the other players in the market. That just keeps the obsession going.

What About Everyone Else?
In a healthy world, Apple's touch disease issues and the Galaxy Note 7's explosion problems would drive at least some people to look at other manufacturers. The upcoming LG V20 would get a boost from people who want a big screen, but no 'splosions. Other folks would look at the Google Pixel XL and Motorola Z Force Droid. Maybe the little-known ZTE Axon 7, a PCMag Editors' Choice, would get a bump. All of these devices bring different opinions, viewpoints, priorities, and perspectives to the market.

I suspect none of that is going to happen. Galaxy Note 7 owners will switch to the Galaxy S7 Edge or the iPhone 7 Plus —both great devices that will satisfy their owners, to be sure. But the unhealthy duopoly, the nemesis obsession that led to these mistakes on Samsung's and Apple's part, will continue. And I think we'll see mistakes like these again, as long as it does.