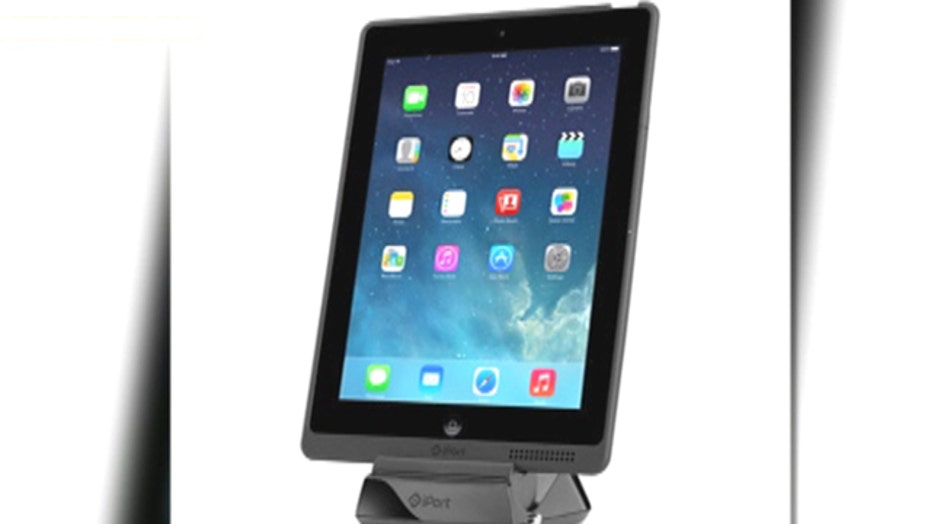 The best, strangest and over-rated gadgets at CES

Megabyte: What are the coolest, strangest and most over-rated gadgets coming out of the 2014 Consumer Electronics Show?

There's gizmos and there's gadgets -- and then there's this.

Here’s a few of the strangest things we’ve seen or expect to deal with at the 2014 Consumer Electronics Show -- including some high lights, some low lights and a couple of just plain weird lights.

Worst product name: Storage Appliance Corp. has introduced a new mobile app called -- wait for it -- Kooboodle MeFinder. The premise is interesting: The device finds photos of you on your friend’s phones and smooshes them all into your social media account. But why Kooboodle?

Best product name: AirDrop’s HipShotDot, a red-dot sight attachment for first-person shooter video games. But who cares what it does? It’s just fun to say, isn’t it?

Strangest gizmo: CES features countless light bulbs and new lighting technologies, as the era of the incandescent comes to an end. But a “biologically correct lightbulb”? No, it doesn’t have a wee-wee -- this device from Lighting Science Company was “developed for NASA to regulate the circadian rhythms of astronauts in space.”

Sleaziest moment: Headphone maker Skullcandy has plans for a beer-pong party -- sure, the company caters to the rock-and-roll crowd. But frat-party antics at a trade show are uncalled for.

Best Breakdown: It’s pretty hard to upstage a TV as wide as a car, but director Michael Bay did just that during a Samsung press conference, after a teleprompter glitch left him high and dry.

Most Overhyped: The “best kept secret out there,” at least according to one company’s CES press release, is an iPad charging case called the iPort Charge Case and Stand. No matter how handy it is, this is far from the best keep secret.

The ‘wait, what?’ award: Pizza Hut is at the Consumer Electronics Show, to highlight “20 years of digital greatness.” Yes, the food company. Who doesn’t like pizza? But who wants pizza that tweets?

Morbidity moment: Touted as the “first portable, personal drowning detection system,” the iSwimBand fills a legitimate need. It’s useful for parents and caregivers and pings a smartphone if the wearer is under water too long. But by the time you’ve checked your phone, isn’t it too late? And who wants to strap a “drowning detector” on a loved one?

The awesome award: GlassesOff is an app that helps people improve their near-vision acuity. Based on legitimate science, it claims to reduce your need to wear reading glasses. If it works, it’s sure to put smiles on more than a few faces.

Last Tweet standing award: Building up on the smart appliance trend it helped create, LG announced a new technology for natural language communication with your white-box goods. According to David VanderWaal, “you can actually text, ‘what are you doing’ to the washer and get an immediate update on the status of its current cycle.”