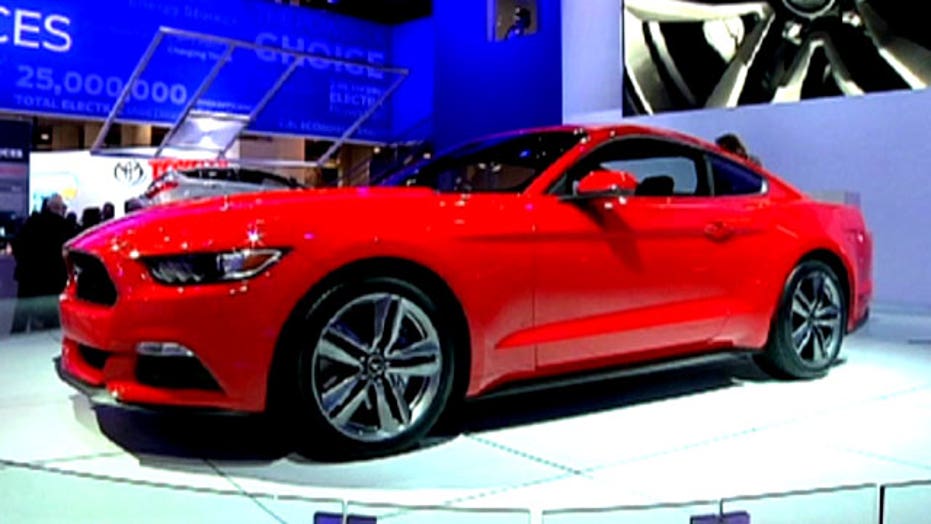 The massive Consumer Electronics Show has more than handheld electronics. Matt Finn shows us some of the cars and auto tech on display.

It's only the first day of the Consumer Electronics Show but the party is already getting started.

There is so much technology at the show it would be nearly impossible to see it all in one day. Here's a preview of the cars and automotive technology on display.

Perhaps the star of this year’s show is Bosch’s driverless-car technology. With the touch of a button the car finds a parking spot then parks itself.

When you’re driving it feels like the cameras give you a 360-degree view around the entire car.

And, a special feature, passengers can watch videos on a projected screen that’s not visible to the driver.

“Basically you are using a smart phone or tablet type of experience in your dash,” said Harry Kroll of Pioneer Audio.

You can also download apps in Ford’s all-new 2015 Mustang that was unveiled at the show.

It was an exciting yet tiring day for some as unveilings of the latest tech is kicked into high gear.

“I’m a little overwhelmed,” said Tara Johnson of New York. “I feel like I need a nap and a coffee.”