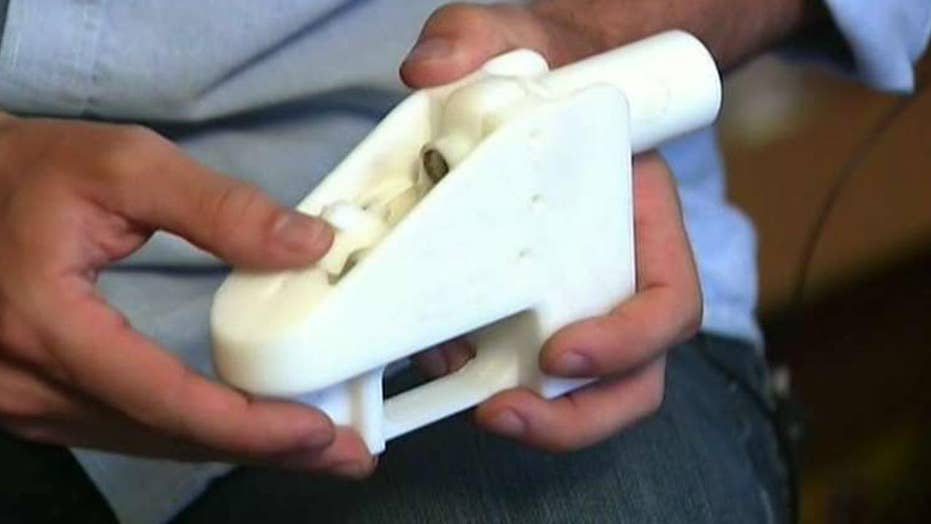 Where does the case go from here? Reaction from Emily Taylor, attorney with U.S. Law Shield.

The owner of a Texas company that makes untraceable 3-D printed guns is defying a federal court order by selling blueprints through his website.

Cody Wilson said at a news conference on Tuesday that he’ll make the plans available to anyone who wants them at any price. He said sales started Tuesday morning and that he'd already gotten nearly 400 orders.

That follows a federal judge in Seattle blocking Wilson's company from posting the blueprints online.

Nineteen states and the District of Columbia had sought an injunction to stop a settlement that the federal government reached with Wilson's Austin-based Defense Distributed.

The states argued that online access to the undetectable plastic guns would pose a security risk and could be acquired by felons or terrorists.

The State Department reached the deal with the company after the agency removed the 3-D gun-making plans from a list of weapons or technical data that are not allowed to be exported.

Wilson said he anticipates that states may try to sue to stop him from selling the plans, but that he is raising money for his legal defense.

“Anyone who wants to get these files is going to get them,” he said. “They can name their own price.”

Speaking to Fox News in July, Wilson described current 3-D printed guns as “mostly curiosities,” and said that the “big” and “bulky” characteristics of the weapons would help identify them. “I doubt seriously that it’s a real problem,” he added. “If it is a problem, then the [security] norms will have to change.”

Wilson also said he will continue to challenge the federal court order.