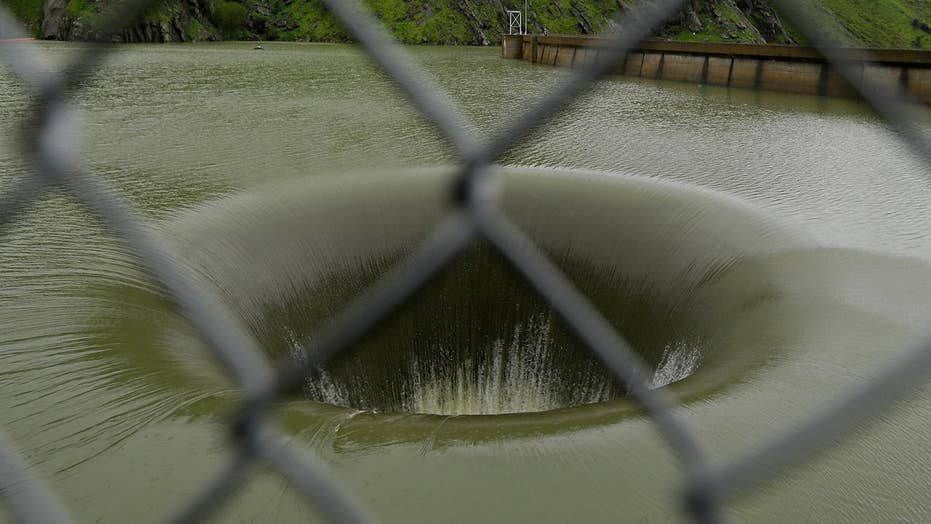 Water pouring into a man-made hole in a California lake has made for a transfixing sight.

The hole is an artificial spillway, and is also known as a morning glory or glory hole; it allows excess water in Lake Berryessa in Napa County to flow out from behind a dam. Since it has rained a lot in the past two months, the water in the lake has risen high enough to spill over and down the drain in the lake, an unusual event in recent years.

On Tuesday, for example, the website Lake Berryessa News said that the water level would reach 443.5 feet over sea level, which is three and a half feet over the drain’s lip.

Drones have even been used to capture the incredible, watery, wormhole-like sight.

Lake Berryessa, the county’s biggest lake, was created by the 304-foot-high Monticello Dam, and the spillway is usually above water and looks like a simple concrete cylinder.

The phenomenon has garnered attention because it hasn’t poured over the top of the hole since 2006, according to this chart that shows the water level over the past decade or so.