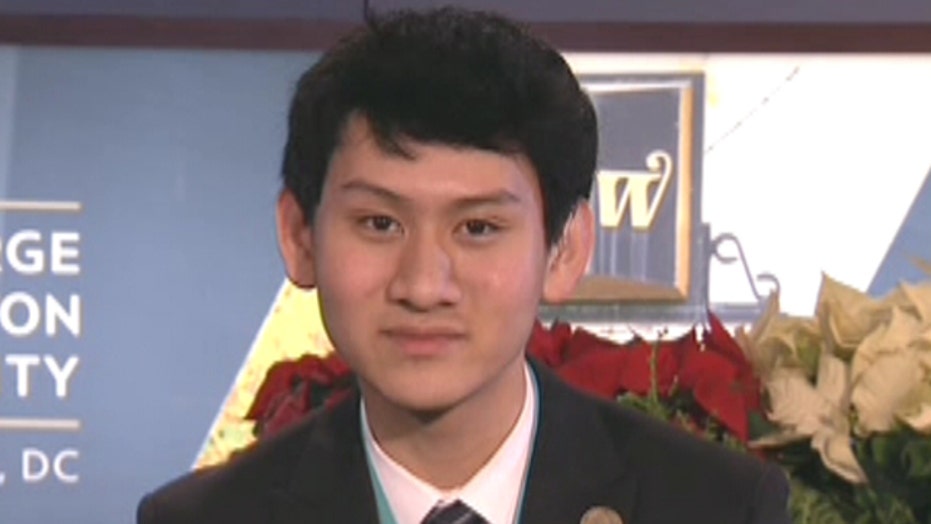 The Siemens Competition in Math, Science and Technology announced Tuesday the winners for their nationwide contest. The prize is seen as the highest science honor awarded to high school students.

A record 2,440 students registered for this year's competition, and a total of 1,599 projects were submitted for consideration -- with $500,000 in scholarships up for grabs.

“I’ve been trying to develop new medicines, so it would be a flu drug … you would take a pill and be cured of the flu,” Chen told Foxnews.com. “I used a computer-aided approach to speed up the drug discovery process for new flu medicine.”

Chen said he drew inspiration for this project from the 2009 H1N1 flu pandemic, which drew concern worldwide, including in his hometown.

“I was a really confused 13-year-old,” said Chen. “I thought it was strange that the flu, a seemingly harmless virus that would usually put me in bed for a few days could cause such mayhem.”